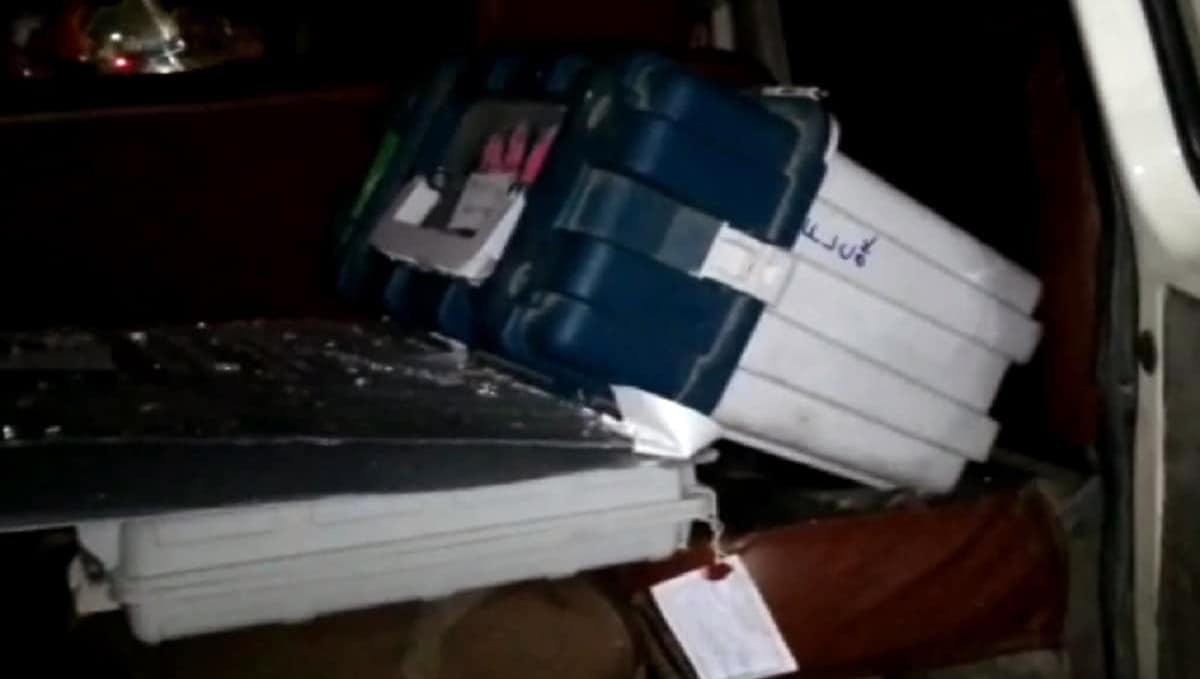 The Election Commission on April 2 suspended four officials in Karamganj district of Assam after a video surfaced showing an EVM being found in a vehicle belonging to a BJP candidate, within a few hours after polling in the Assam assembly elections on April 1. The poll panel further ordered repoll at No. 149 Indira MV School of Ratabari (SC) constituency.

Late evening on April 1, an angry mob intercepted a vehicle belonging to the wife of Krishnendu Paul who is contesting the Assam elections from Patharkandi constituency as a BJP candidate.

In a statement on April 2, the Election Commission said that it has issued a show-cause notice to the presiding officer of No. 149 Indira MV School in Ratabari constituency and placed four officials under suspension. “The presiding officer was issued a show-cause notice for violation of the transport protocol. Thereafter, the PO and three other officials have been placed under suspension,” EC said in an official statement on April 2.

The Election Commission mentioned that after polling on April 1, the polling party comprising of the presiding officer and three polling personnel of No. 149 Indira MV School of Ratabari (SC) constituency met with an “unfortunate incident”.

The commission said that the vehicle which was allotted by the transport cell of the election branch, to the party carrying the polling party broke down, and “due to the traffic congestion and the poor weather condition, the party became detached from its convoy”.

“The party alighted from the vehicle and called the Sector Officer Ajoy Sutradhar on his mobile and informed him. While the sector officer was arranging for an alternate vehicle, the polling party decided to arrange a vehicle of its own so as to reach the Material Receipt Centre faster since they were in the custody of polled EVMs,” an EC release stated.

“At about 9.20 pm, the polling party hailed a passing vehicle and boarded it along with their EVM and other things without checking the ownership of the vehicle. As reported by the polling party, they moved towards Karimganj and as they reached Kanaishil in Karimganj at about 10 pm, they had to slow down in the traffic. As they slowed down, they were surrounded by a mob of about 50 people which started pelting stones at them,” the EC said.

Then it came to light that the vehicle belonged to Madhumita Paul, wife of Krishnendu Paul who is contesting the elections from the neighbouring Patharkandi constituency.

The Election Commission further said that on examination, “the polled EVM comprising of BU, CU, and VVPAT was found to be with its seal intact without any damage whatsoever. All the items have been deposited in the strong room.”

While the seals of the EVM were found intact, the commission decided to do a re-poll at No. 149 Indira MV School of Ratabari (SC) constituency.