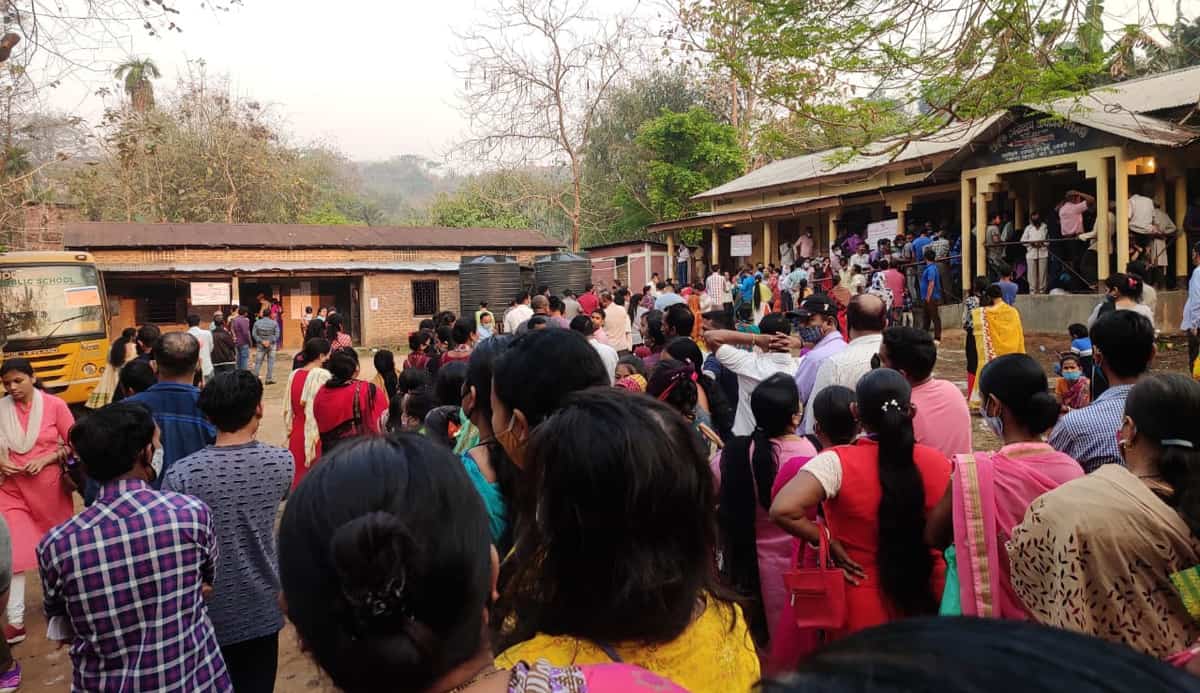 People queue up for voting at a polling station in Guwahati West constituency on April 6 | Photo: Rooplin Sharma

Voting for the third and final phase of Assam assembly elections began on April 6 morning with heavy security blanket spread in 12 districts while COVID-19 protocols are being maintained, officials said.

To boost the morale, ‘mekhela chadors’ were being distributed to women polling personnel in Goalpara.

The voters comprising men, women and the first-time electorates, in large numbers queued up in front of the polling stations well before the voting for 40 of the total of 126 assembly seats opened at 7 am.

The polling would continue till 6 pm without any break as the Election Commission has extended one hour time in view of the COVID-19 induced situations.

Among other constituencies, the urban seats of Guwahati East, Guwahati West, Dispur and Jalukbari also goes to poll in the third and final phase of elections in the state.

Assam chief electoral officer Nitin Khade said that all necessary steps have been taken to conduct free, fair, peaceful and smooth elections on April 6, when 79,19,641 voters including 39,07,963 women electorates are eligible to cast their votes across 9,587 polling stations in 6,107 locations.

Khade told the media that around 32,000 Central Armed Police Forces, along with thousands of state security force personnel, have been deployed to maintain law and order during this phase in which 45,604 polling personnel were engaged to conduct the polls.