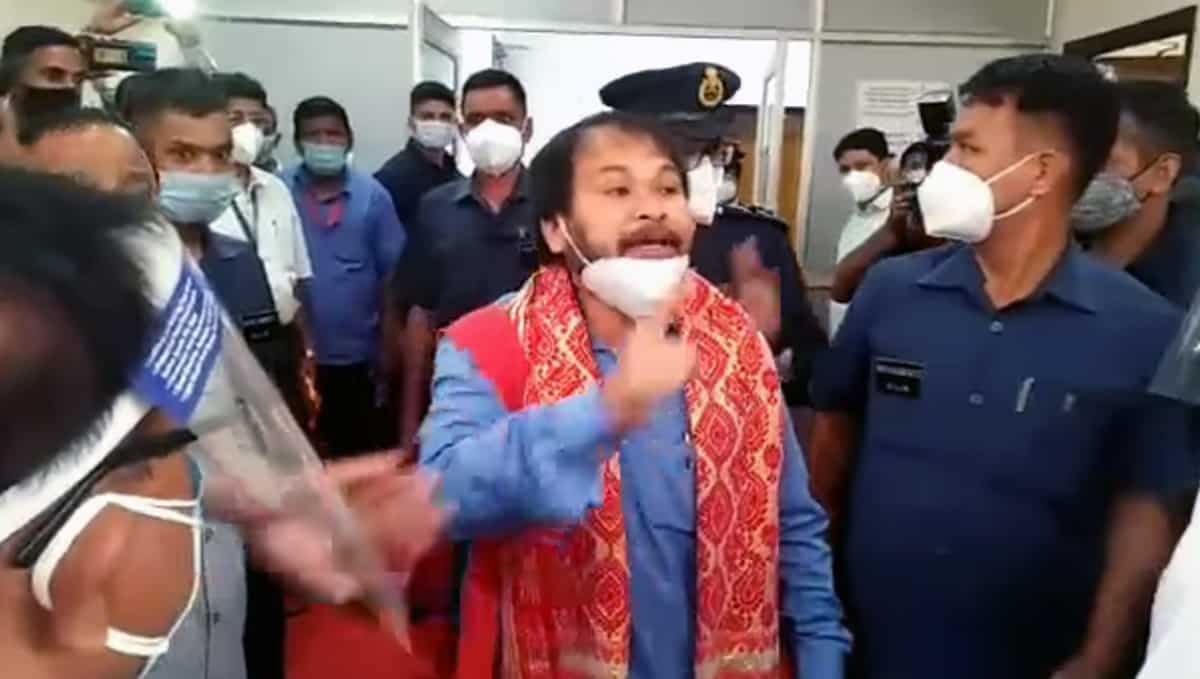 Jailed peasants’ leader Akhil Gogoi, who took oath as a member of the Assam legislative assembly on May 21, has alleged that he was man-handled on his way to the assembly premises.

“Is this how an MLA is treated in assembly hall? I was dragged and manhandled by policemen. This is not done. I would like to ask the chief minister what is going on. This is an insult to the people,” Gogoi told reporters.

Gogoi has won the assembly election by a huge margin from Sivasagar constituency.

On May 21, Gogoi was brought to the assembly from Gauhati Medical College and Hospital (GMCH) where he is undergoing treatment, in a bus escorted by policemen in plain clothes.

Gogoi is the first MLA in Assam’s history to have won an election from jail.

Akhil Gogoi, who floated a new regional political party named Raijor Dal, has received 56,914 votes which was around 12,000 more than his rival Surabhi Rajkonwari of the BJP. As his party is yet to be registered with the Election Commission of India, Gogoi was elected as an Independent candidate.

Akhil Gogoi has been behind the bars since December of 2019 under the Unlawful Activities (Prevention) Act.

Founder of Krishak Mukti Sangram Samiti (KMSS), a peasants’ rights organisation, Gogoi has 52 criminal cases registered against him which was the highest among all the candidates contesting the 2021 Assam elections. However, he has not been convicted in any one of the cases.