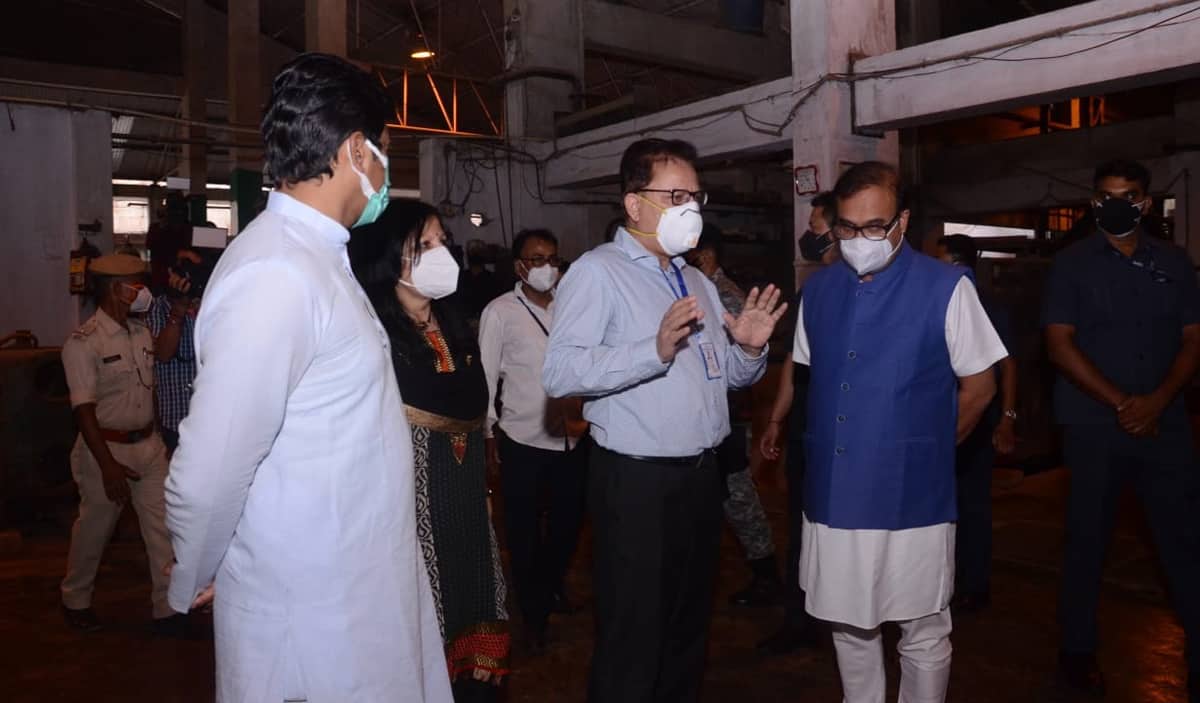 Assam is currently producing 80 metric tonne of medical-use oxygen per day against the requirement of 70 metric tonne, chief minister Himanta Biswa Sarma said on May 17.

Sarma said that the central government has allocated 100 MT oxygen to Assam which will be transported by a dedicated train.

The chief minister on May 17 visited Premiere Cryogenics Limited’s oxygen plant at Saukuchi in Guwahati and took stock of the oxygen generation capacity of the plant for boosting oxygen availability in the state.

He told mediapersons that Premiere Cryogenics Ltd had responded to the state government’s request of restarting production of oxygen from the plant, which was closed since a long time.

The plant would be able to produce 14 MT oxygen per day which would further boost the state’s oxygen availability.

Once the second unit starts functioning in the plant, it would further improve oxygen generation capacity, he said.

COVID-19 vaccination for 18+ starts in Arunachal