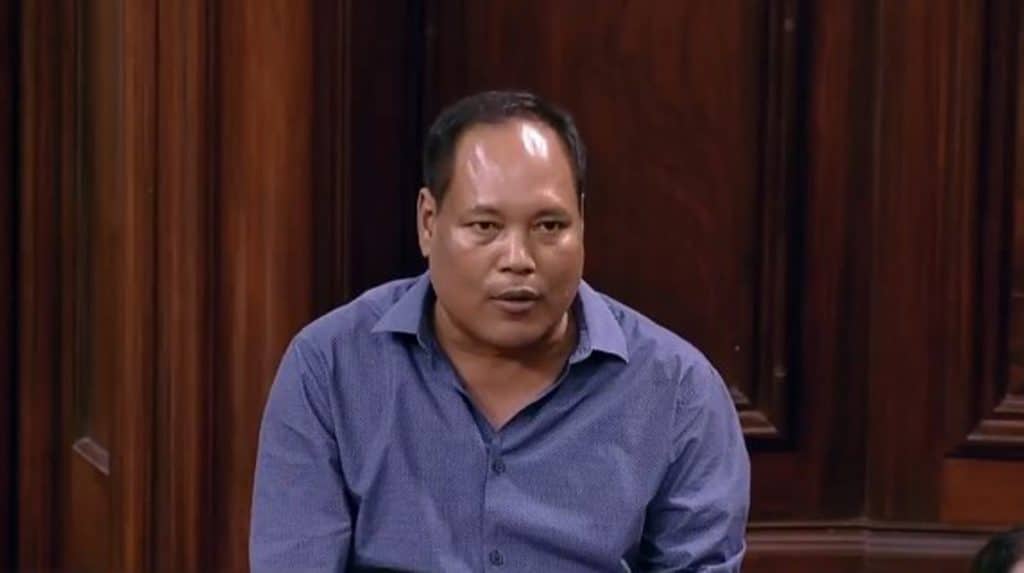 Bharatiya Janata Party leader Biswajit Daimary was on May 21 elected unopposed as the speaker of the 15th Assam assembly.

With no other nominations, pro-tem speaker Phani Bhusan Choudhury announced the 47-year-old tribal leader as the new speaker and handed over charge to him.

The Congress-led opposition group had not put any candidate for the post.

Daimary was re-elected to Rajya Sabha in February after he joined the Bharatiya Janata Party from the Bodoland People’s Front (BPF). He contested the assembly polls from Panery and won by a margin of 35,852 votes over BPF nominee Karuna Kanta Swargiary.

Thanking everyone, Biswajit Daimary said: “I believe I will be able to give a strong and positive message from the House to the people of Assam. All the MLAs will be able to speak their mind here. I will give equal chance to everyone as per the rule.”

The ruling BJP has nominated Numal Momin for the post of deputy speaker. He will submit his candidature when the assembly secretariat invites nominations for the post. Momin was elected to the assembly for the second consecutive time from the Bokajan seat.