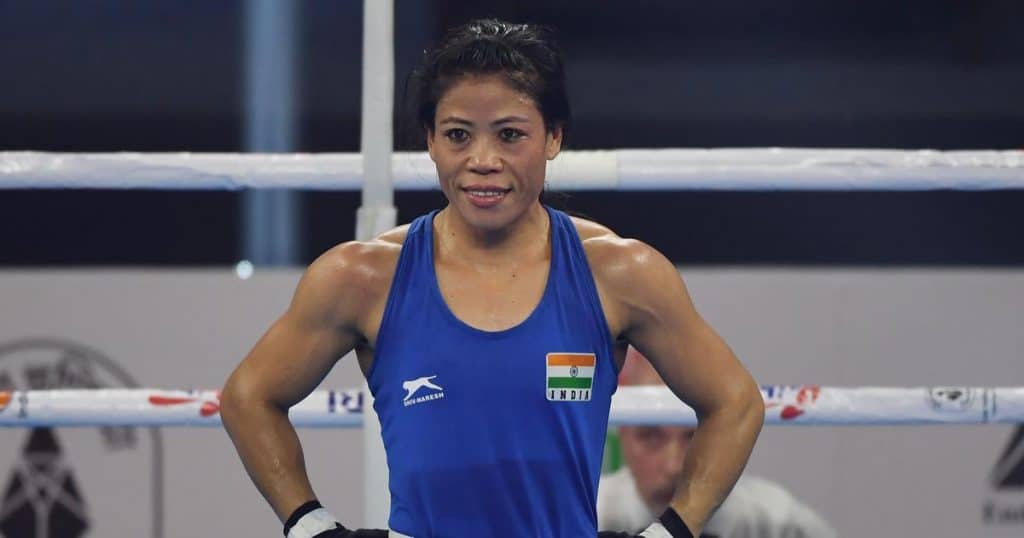 Six-time world champion MC Mary Kom (51kg) signed off with a silver medal at the Asian Boxing Championships after going down in an intense final against Nazym Kyzaibay of Kazakhstan in Dubai on May 30.

The Manipur boxer lost in a split 2-3 verdict. It was her seventh medal in the tournament, the first being a gold that came way back in the 2003 edition.

Up against an opponent 11 years younger to her, the 38-year-old made an impressive start and clinched the opening round comfortably by relying on her sharp counter-attacks.

The intensity picked up in the second round and both the boxers showed aggressive intent. The Kazakh drew level at this point with her jabs landing perfectly.

Mary Kom fought back in the final three minutes but that was not enough to get the judges’ nod.