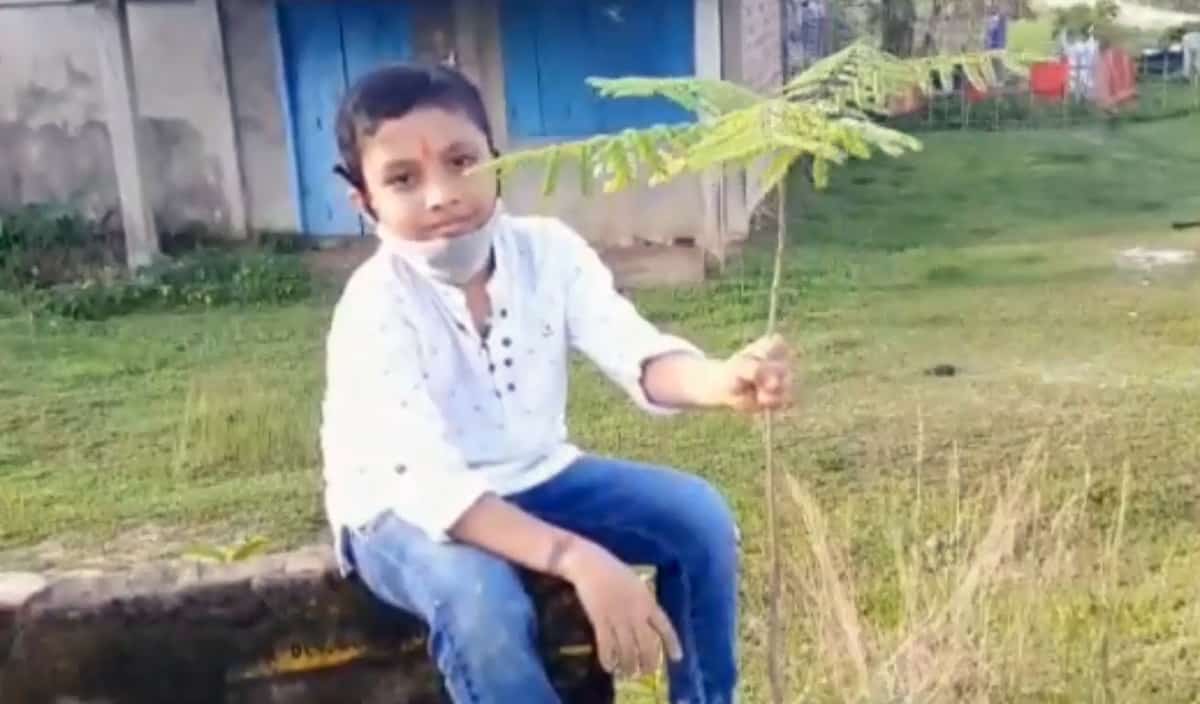 Nine-year-old Abhinab Deb from Silchar in Assam, was very distressed after hearing stories of people dying due to lack of oxygen supply during the second wave of COVID-19 pandemic across the country. He now has decided to plant thousands of saplings in his area to replenish oxygen in the atmosphere.

Abhinab Deb, a Class 3 student of Delhi Public School in Silchar, who hails from Borjalenga in Dholai block of Assam’s Cachar district, has undertaken the job to plant 1,000 saplings in his area.

On his 10th birthday on July 2, Abhinab told his parents that, he wants to celebrate his birthday by planting saplings which can replenish the oxygen level in the atmosphere so that people can avail clean oxygen.

He requested his parents and other people to plant saplings.

Abhinab’s mother Bulti Deb said that, they are supporting the little boy’s initiative to protect the environment.

“On July 2 last he told us that he doesn’t want to celebrate his 10th birthday as earlier celebrations. He has seen the second wave of COVID-19 pandemic situation and heard that many people died due to lack of oxygen supply. He was told by his teachers that trees are the only source of oxygen. He told us that he will plant saplings. He also requested us to protect the saplings. We are now supporting his noble initiative. We are proud of him,” Bulti Deb said.

Abhinab said that, he is targeting to plant at least 1000 saplings within a short time.

“I heard that many people died due to lack of sufficient oxygen supply during COVID-19 pandemic situation. I read in my books that trees are the source of oxygen. On my birthday, I told my parents that, I want to plant saplings in my area,” Abhinab Deb said.

After coming to know about the little boy’s noble initiative, Cachar district DFO Sunny Deo Choudhury on July 13 invited Abhinab and his parents to his office and felicitated the boy.

The Divisional Forest Officer (DFO) of Cachar district lauded the little boy’s efforts and said that, he is a role model for all of us.

“When we came to know about the young kid’s noble initiative, we had decided to invite him and felicitate him and encourage him. A 9-year-old boy is conducting plantation drive in his own level without any support. He can inspire a few other kids as well,” the DFO said.