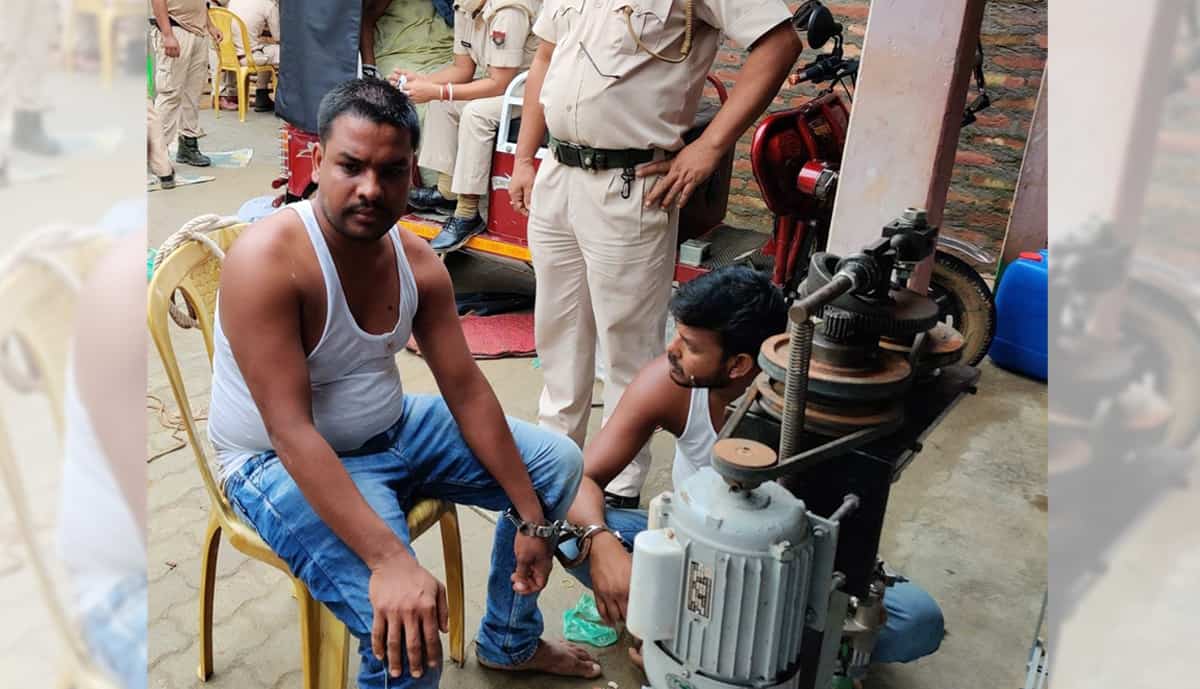 In a major haul, the Assam Police arrested a serial offender from Goalpara district and seized drugs worth Rs 10 crore from his residence on July 1, police said.

Police officials said that the drugs and psychotropic substances were hidden in an underground bunker at the residence of the manufacturer and peddler Jahangir Alom, who allegedly has been running an underground mini factory to make cough syrup.

Some cash was also seized from Alom’s home at Bhalukdubi in western Assam bordering Meghalaya.

Assam’s director general of police Bhaskar Jyoti Mahanta in a tweet said that one JCB, a pickup van, one car and one electric rickshaw were seized from the accused’s house.

This is the second big haul of narcotics in Assam within a fortnight. On June 17, Assam Police seized drugs valued at Rs 7 crore and arrested two Nagaland based persons, including a woman drug peddler, in the state’s Karbi Anglong district. Between May 10 and June 10, drugs worth Rs 24 crore were seized and 500 peddlers arrested.

Promising to intensify the crusade against the trade in illegal narcotics, the chief minister said that drugs are mostly smuggled from Myanmar making Assam a transit route. Sarma, who also holds the home portfolio, said his government will maintain a zero-tolerance policy towards the illegal narcotics trade as hundreds of youths are being led astray in Assam with the abuse of various drugs.