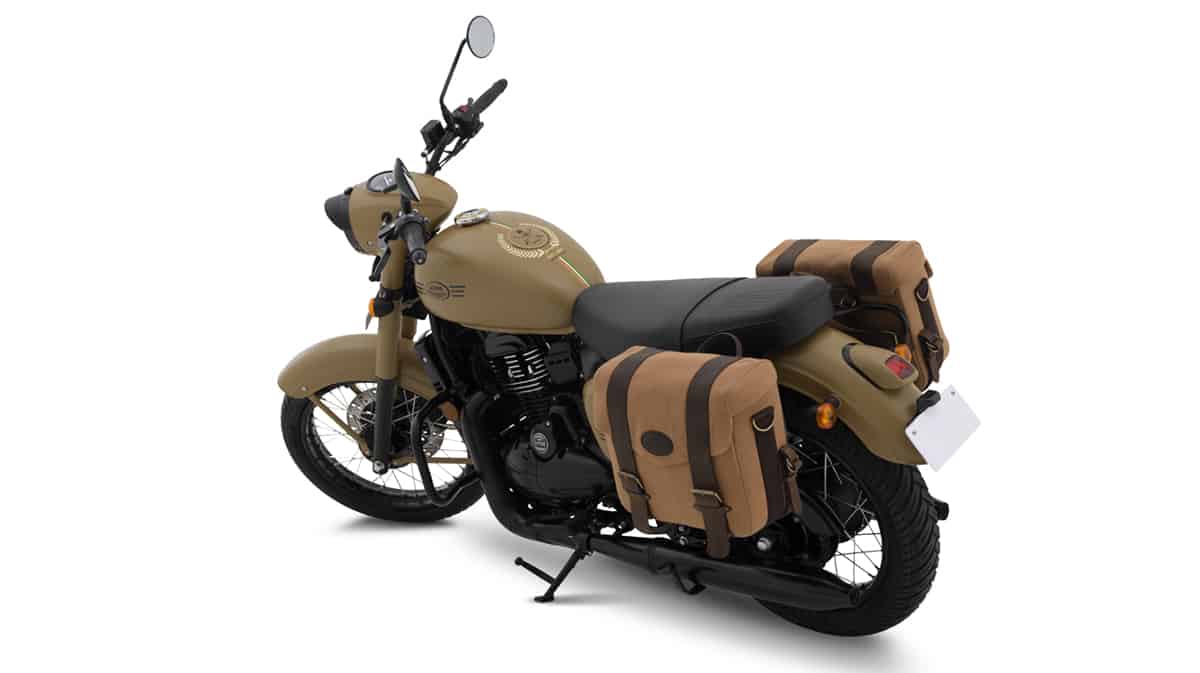 Jawa Motorcycles has announced two new colours for its modern classic Jawa to celebrate the 50th anniversary of India’s 1971 war victory. Both the bikes have been priced at ₹1.93 lakh (ex-showroom, Delhi) and have been made available across all the company’s dealerships.

Continuing its #ForeverHeroes initiative, the brand introduced two new colours of its modern classic Jawa to commemorate the 50th Anniversary of the 1971 war victory. To further contribute to the ‘Swarnim Vijay Varsh’ celebrations along the year, the company will be a part of various celebratory rides with the Indian Army.

Setting the context for the tribute, Anupam Thareja, co-founder, Classic Legends said: “How we measure success as a company is not by how many motorcycles we sell. It is by how much we’re able to give back.”

Presenting the two new colours of Jawa, Ashish Singh Joshi, CEO, Classic Legends said: “We have a special place in our heart for the men and women who protect our nation. We call them Forever Heroes and it’s the cornerstone of Jawa’s existence. It gives us immense pride to dedicate the Jawa Khakhi and Jawa Midnight Grey to commemorate the 50th anniversary of the 1971 war victory. As a company we are honoured to carry the Indian Army’s insignia on our motorcycles that will forever remind the riders of the bravery and sacrifices made by our soldiers to keep our motherland protected.” The new Jawa Khakhi and Midnight Grey add a dark sophistication and a more outdoorsy feel to the Jawa character. Both shades are finished in matte and feature an all-black theme that runs across the mechanical parts of the motorcycle. The engine now features brushed fins adding to the attention to detail.

The wheel and tyre sizes remain unchanged from before but these motorcycles ride on blacked out spoke rims to go with the overall black theme. All the product enhancements are introduced across the range, beginning with the introduction of forty-two sports stripe earlier this year, also find way into these motorcycles. The new colours will only be available in the Dual ABS version.

The 293cc liquid cooled and fuel injected engine gets further enhancements to deliver 27.33 PS of power and 27.02 Nm of torque. The engine is mated to a six-speed transmission.