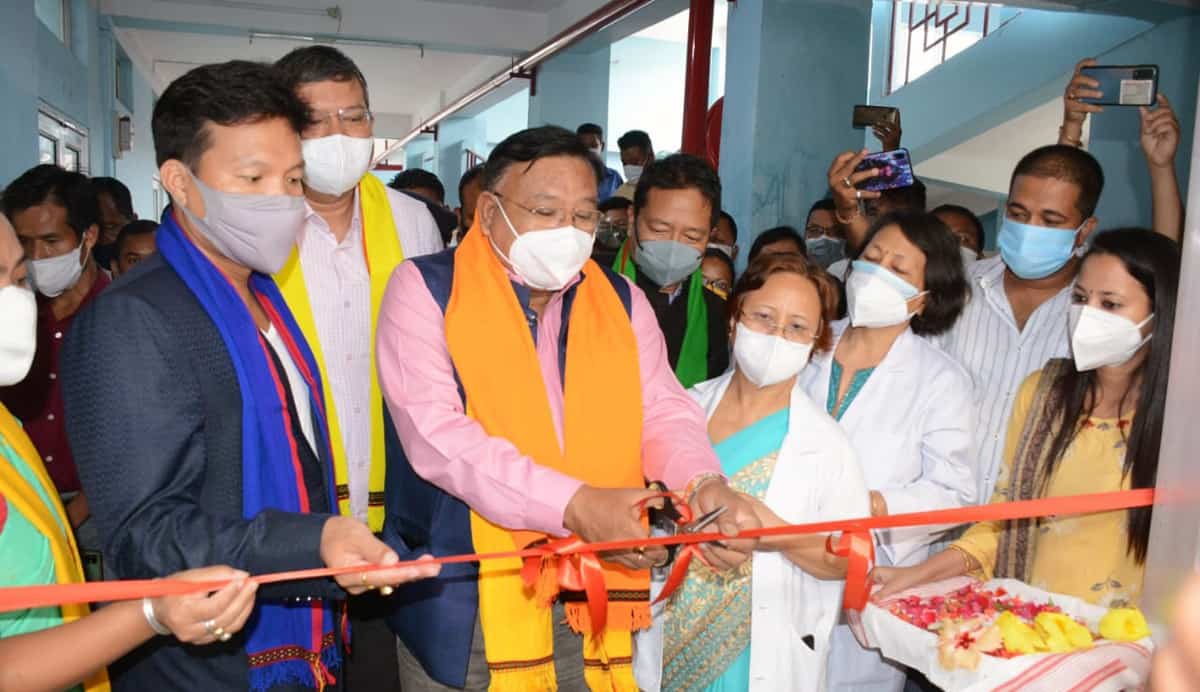 Setting up of intensive care units with ventilator facility in the wake of high demand for the same in the district will be very helpful for the local patients. Congratulating all the doctors, nurses and health workers on the occasion of Doctors’ Day, the minister felicitated them with traditional Dimasa muffler.

Minister Jogen Mohan addressing the media persons stated: “This inauguration will serve the people and strengthen medical service towards the needy of this district who earlier had to either be referred to Guwahati or Silchar.”

Jogen Mohan also stated that he will work on priority basis for filling the manpower required in the district. He also took stock of the oxygen compressor room through which oxygen was being supplied to the adjacent ICU.

Heading to Haflong circuit house after the inauguration, minister Jogen Mohan spoke highly about the doctors and the entire medical fraternity for working diligently during this pandemic and also appreciated the hard labour of the people involved in making people of Dima Hasao, especially in interior villages, aware about the importance of getting COVID-19 vaccination.