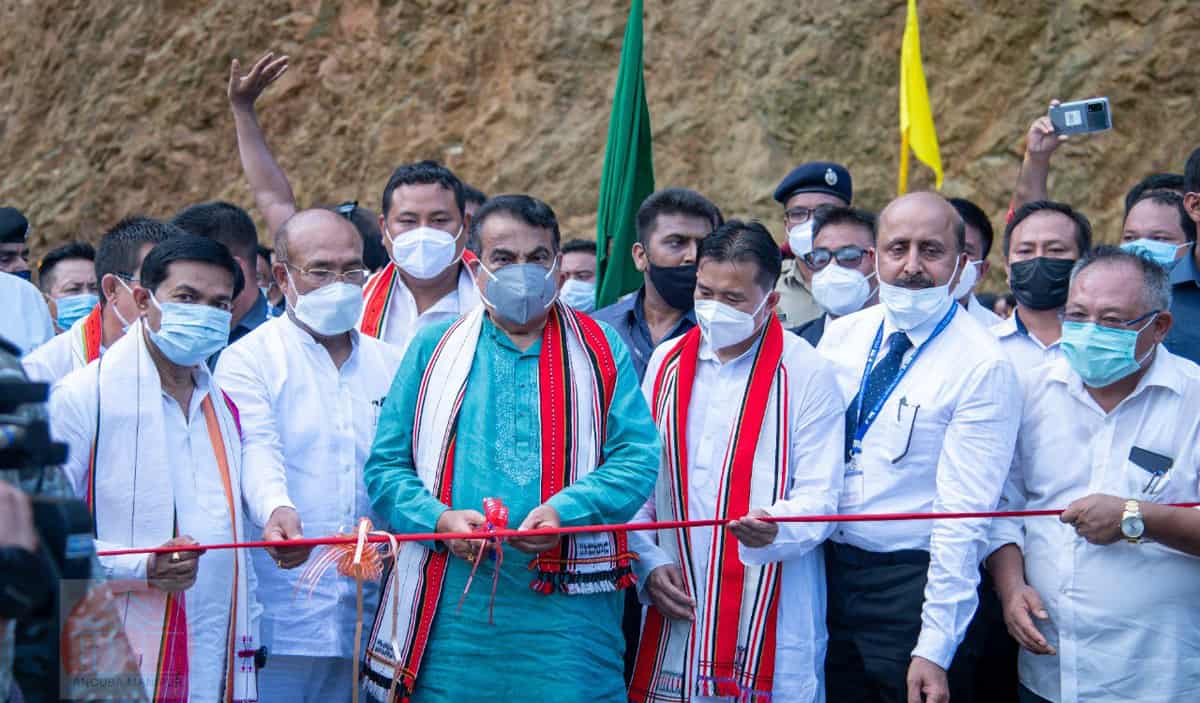 The projects will provide all weather connectivity to Manipur with the rest of the country and the neighbouring countries.

They will boost agricultural, industrial and socio-economic progress of the region. These will also facilitate health care and emergency service to the remotest of the areas and generate employment and self-employment opportunities.

Inaugurating the projects in Imphal, Gadkari said projects worth Rs 5000 crore have also been sanctioned for the state and the detailed project reports (DPR) will be completed within six months and the work will start in a year’s time.

He said expansion of highways in the state will be recommended under the Bharatmala Phase ll. He said prime minister is giving highest priority to the north east and road infrastructure will contribute in development of Manipur and make it socially and economically strong. The minister said water, power, transport and communication are the four most important things for development of industry, for generating employment and eradicating poverty.

He also said Manipur is a very beautiful state with immense potential for tourism.

Gadkari sought the cooperation of all the stakeholders for resolution of problems and completion of projects in a time-bound manner. He said the details of all the projects will be put on website.