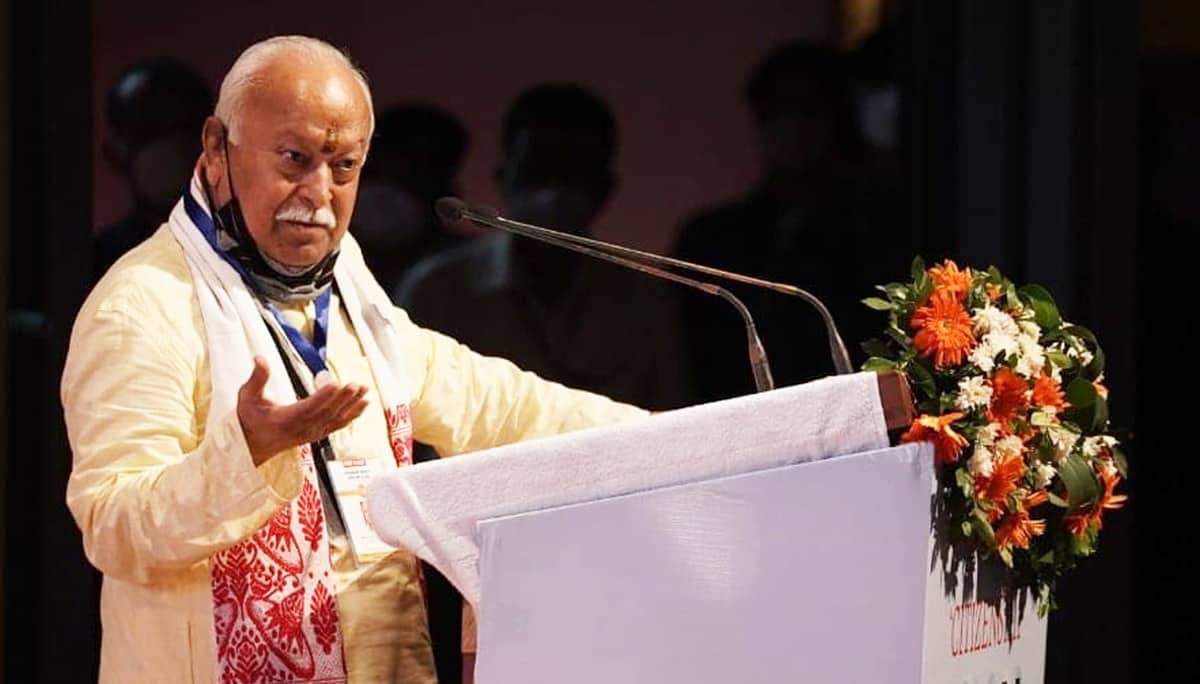 Rashtriya Swayamsevak Sangh (RSS) chief Mohan Bhagwat on July 21 said that CAA-NRC has nothing to do with Muslim citizens of India.

Releasing a book on NRC & CAA Assam, written by Nani Gopal Mahanta in Guwahati, Mohan Bhagwat said that, the citizens of India need not worry over CAA and NRC.

“CAA-NRC is not a law made against any Indian citizen. Muslim citizens of India will not be harmed by CAA. Some people have made it a Hindu-Muslim issue to take political benefits. For political gains, both subjects (CAA–NRC) have been given a Hindu-Muslim twist. It is not about Hindu-Muslim,” Bhagwat said in Guwahati.

He further said that, after partition, both India and Pakistan promised that they will care for the minority people.

“We are following it till today, but Pakistan did not. Everyone fought against the British with the dream that there would be an independent country. No one’s consensus was taken at the time of partition. If people’s consensus was taken at that time, the country would not have been partitioned. But the leaders took the decision and the public accepted it. A large number of people were evicted because of the partition decision. Even today, many people face hardships because of the partition. What is their fault, who will think about them? It’s our moral duty to help those people,” Mohan Bhagwat said.

He added: “We don’t have any problems with any religion, language or creed. The problem starts when someone with intent of domination tries to impose uniformity.”

“NRC is a method to know who are the citizens of our country. It is not against any particular religion. Because of political interests, certain sections are trying to malign NRC and give it a Hindu-Muslim colour. We have to see all these things,” Mohan Bhagwat said.

He said: “We do not have to learn from the world about secularism, socialism, democracy… these are our tradition. Our vision is of Vasudhaiva Kutumbakam. We don’t have any problems with any region, language, creed. Despite the differences of languages, lifestyle, we are proud of our connect through the Bharatiya civilization.”