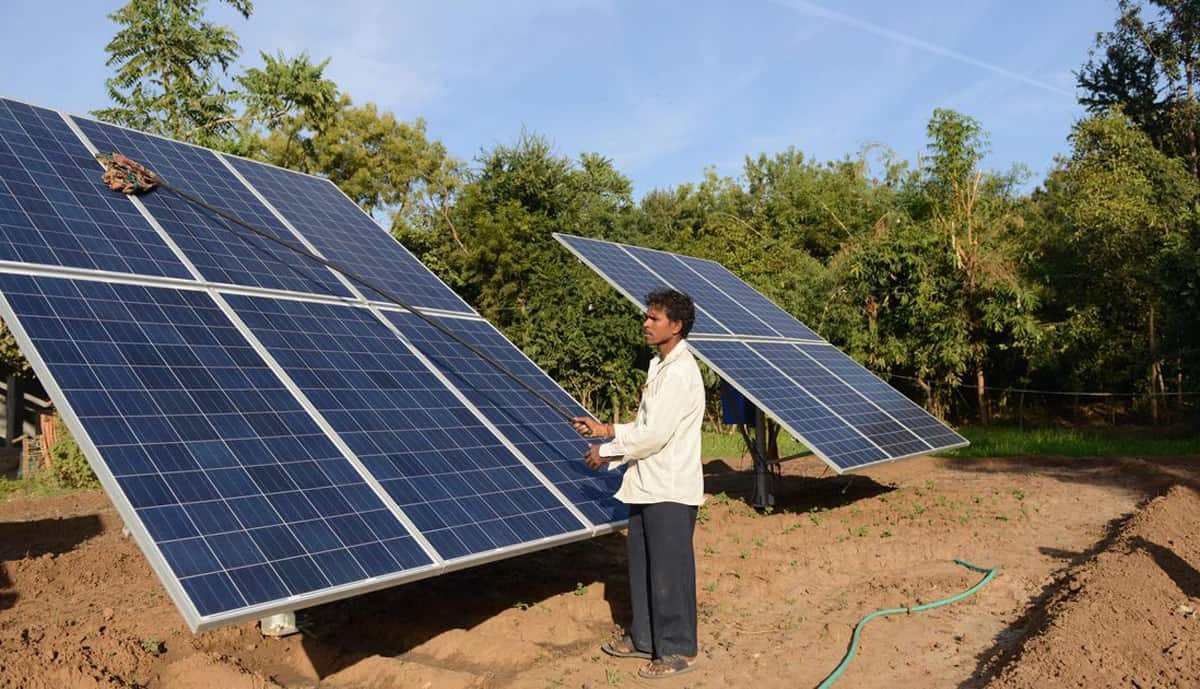 Solar power is the cleanest and the most abundantly available energy source in the world today. Countries like China, United States, Japan, and Germany have made rapid strides in solar technology and today are among the largest adopters of solar energy in the world.

India is steadily strengthening its presence in this space as well. Among the various renewable energy resources, solar energy potential is the highest in the country.

In most parts of India, clear sunny weather is experienced averaging 300 days a year. With annual radiation levels varying from 1600 to 2200 kWh/m2, India has the equivalent energy potential of approximately 6,000 million GWh of energy per year.

Solar energy sector in India has emerged as a significant player in the power sector over the years. In the last 6 years, India’s installed solar energy capacity has increased by over 15 times, and stands at over 41 GW as of June 2021, placing India 5th globally, in terms of installed solar capacity.

During same period, due to a global decline in prices of panels and other equipment since April 2014 India has witnessed a steep decline in solar tariffs from Rs 6.47/kWh in 2013-14 to Rs 1.99/kWh in December 2020. With this, solar is one of the cheapest sources of energy in India and not only makes environmental sense but economic sense as well.

The Indian government has over the years been promoting the use of the clean energy through various policies and has been allocating funds for the development of this sector. The National Solar Mission was a major initiative of the Government of India to promote ecologically sustainable growth while addressing India’s energy security challenge. The key objective of the mission to harness India’s abundant sunshine and build a clean energy system that supports its rapid economic growth and consequent rise in energy demand.

The mission targets installing 100 gigawatt (GW) of solar power by the year 2022. In addition, India aims to reduce the emission intensity of its GDP by 33 to 35 percent from 2005 level and install 450 GW of renewable energy by 2030.

Solar is seen as a viable energy source, not just as an alternative to other renewable sources but also to a significant proportion of conventional grid power. As per the Ministry of New and Renewable Energy, Karnataka has the largest megawatt installed capacity in India followed by Rajasthan, Tamil Nadu, Gujarat, and Andhra Pradesh.

Even the Northeast state of Assam is focusing on renewable energy. Among all the states in the Northeast, Assam has the highest potential for renewable energy of 14,487 MW, with solar energy taking the largest share. Within the state of Assam, solar energy also has the highest potential with 13,760 MW capacity, followed by biomass with 279 MW, wind energy with 246 MW and small hydro projects with 202 MW capacities.

Although India’s solar market is much suited for local players, it is open for global players too. Both local and international player have made in-roads in the country’s power sector. Azure Power has been among the most active participants in solar power auctions since the beginning of the market in India. With its in-house engineering, procurement and construction expertise and advanced in-house operations and maintenance capability, Azure Power provides low-cost and reliable solar power solutions to customers throughout India.

With today’s advancement in technology, the Government of India is focused on building its manufacturing capability. The prime minister of India launched the Make in India initiative in 2014, with the primary goal of making India a global manufacturing hub, by encouraging both multinational as well as domestic companies to manufacture their products within the country.

As of 2019, in India, the sector employed over 77,000 workers – up from 16,000 in fiscal 2016 – and is one of the fastest growing employment generation sectors. The Council on Energy, Environment and Water and the National Research Development Corporation estimate that the combined target of 100 GW solar and 60 GW wind capacity are likely to generate about 1.3 million direct jobs on a full-time equivalent basis, which amounts to a workforce of 330,000 people. Increased adoption of the clean energy will improve new job creation opportunities and boost the Make in India mission. Overall, it has the potential to fuel the economy to a new height while also protecting the environment.