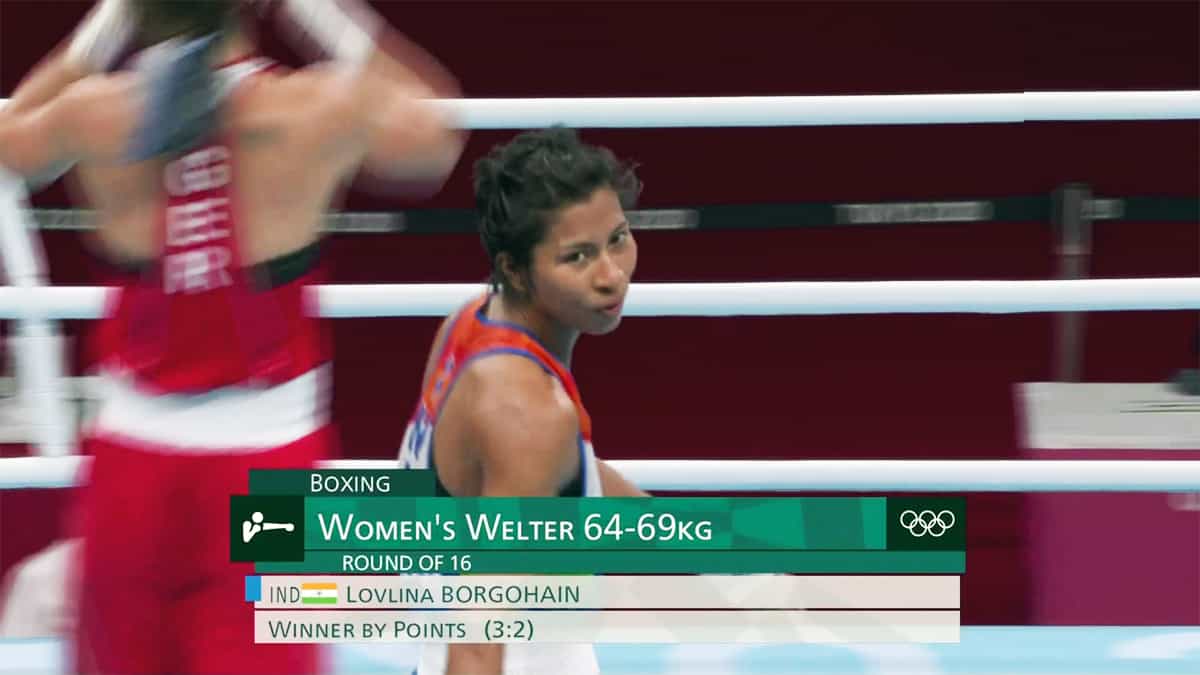 India boxer Lovlina Borgohain (69 kg) stormed into the boxing quarterfinals at the Tokyo Olympics after winning her first match of the competition on July 27.

The Assam boxer overpowered 35-year-old Nadine Apetz of Germany in her round of 16 match on July 27.

In all the three rounds of the match, Lovlina Borgohain took it 3-2 each in split decisions.

Lovlina Borgohain, 23, is from Golaghat in Assam. She is the first woman from the state to qualify for the Olympics.

Lovlina is the second boxer from the state to represent the country after Shiva Thapa. In 2020, she became the sixth person from Assam to receive Arjuna Award.