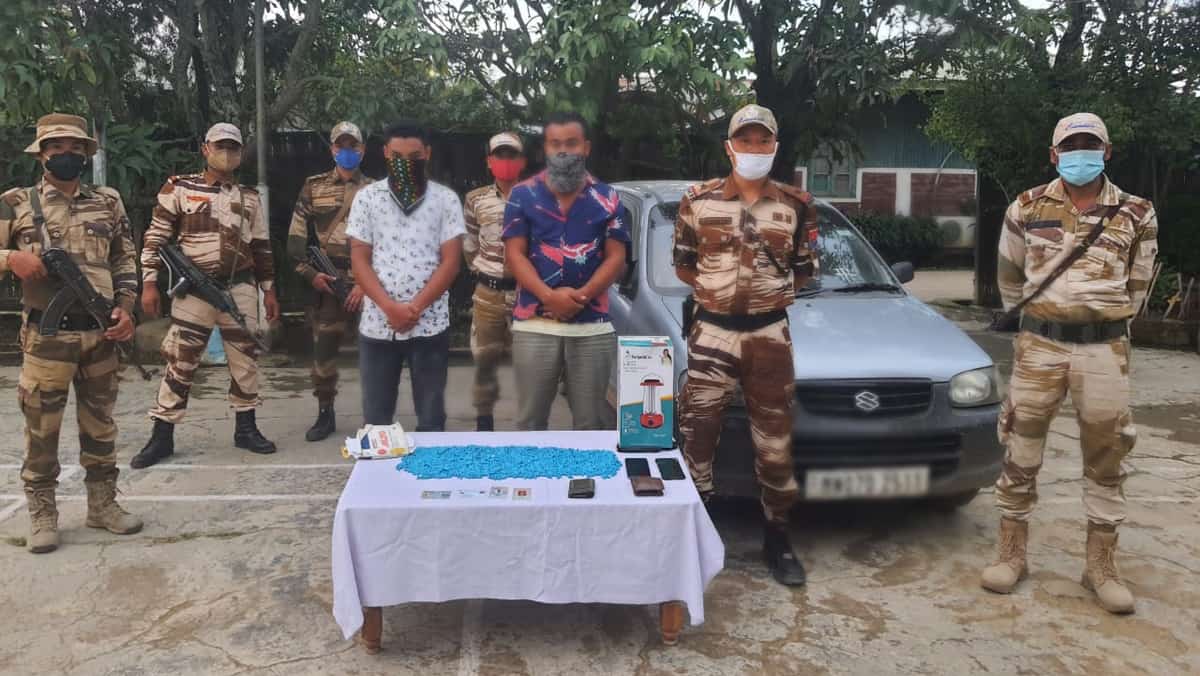 Based on intelligence inputs about the transportation of illegal drugs from Lilong, a team of CDO Thoubal conducted random frisking and checking near Waithou OP on NH-102.

A top police official said that, a car was moving in a very “suspicious manner”.

“On their suspicious behaviour, our team stopped the car for verification. On verification they were identified as Md Sabir khan (33) and Md Nawaj Sharif (22). On searching the car, one LED lamp box was found containing suspected contraband items in a black polythene. The duo was arrested from the spot,” the police official said.

The arrested persons and the seized items were handed over to Thoubal police station for further necessary legal actions.