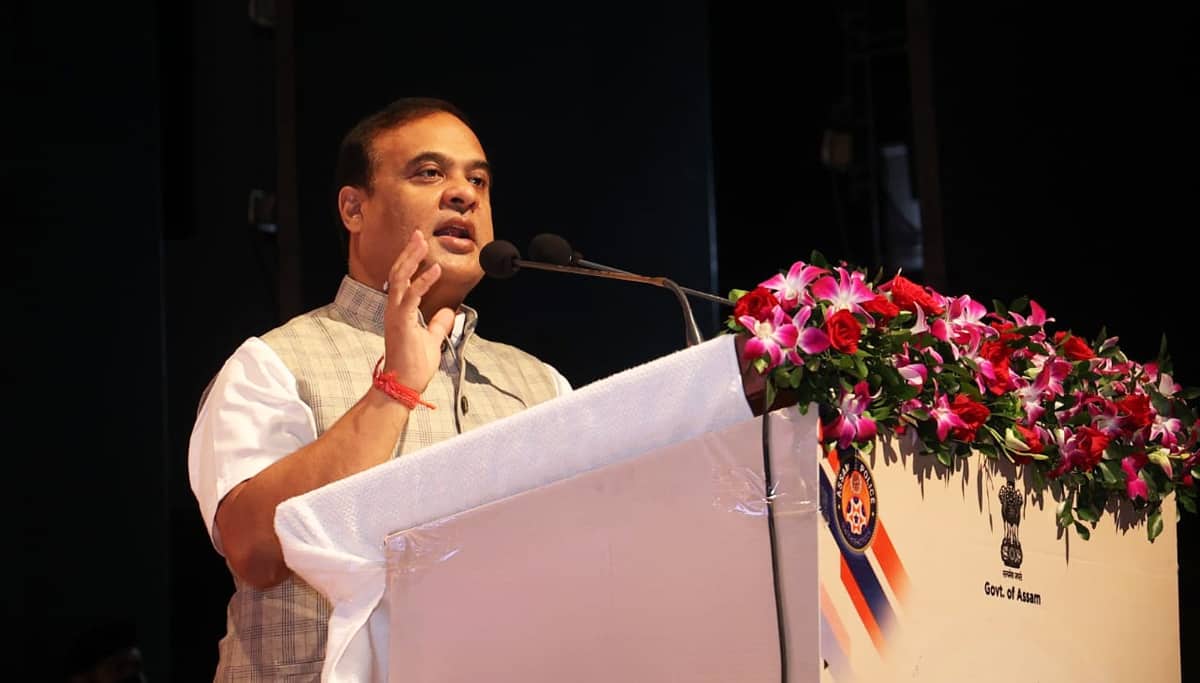 Assam chief minister Himanta Biswa Sarma on July 5 took part in a conference of Officers-in-Charge (OCs) of all police stations in the state.

Speaking on the occasion, Sarma urged the Assam Police OCs not to succumb to political pressure or other inducements while performing their duties with utmost honesty and dedication. He also called on the police personnel to adopt healthy lifestyle habits for good health while endeavouring to deliver people friendly services.

Issuing directions to OCs to strictly deal with crimes against women and show zero tolerance, the chief minister asked them to file chargesheets of all rape, molestation, assault etc cases at the earliest along with murder, arms and drugs smuggling etc cases for speedy trial.

He also directed the OCs to collect post mortem reports expediently while saying that range DIGs would ensure post mortem report collection as soon as possible. Also, steps have to be taken to send samples for testing at forensic labs outside the state for minimising delay as the only forensic lab in Guwahati is not sufficient, he said.

Directing the OCs to complete all police verifications for jobs, passports etc within 7 days barring doubtful cases, Sarma stressed on delivering best possible service to the public. He also instructed to ensure receipt of report by families at the earliest in road accident death cases for hassle free insurance claims.

Saying that OC conference will be held every six months from now onwards, he stated progress on all these fronts would be reviewed by the chief minister himself in the next such conference with OCs.

Stressing on the importance of preparing detailed and error-free chargesheets, the chief minister said that CID will be engaged to train OCs in preparing chargesheets. He also informed that capable public prosecutors will be hired for ensuring justice delivery and punishment to criminals.

He said that health department will be asked to conduct health check-ups every 15 days for personnel in police stations.