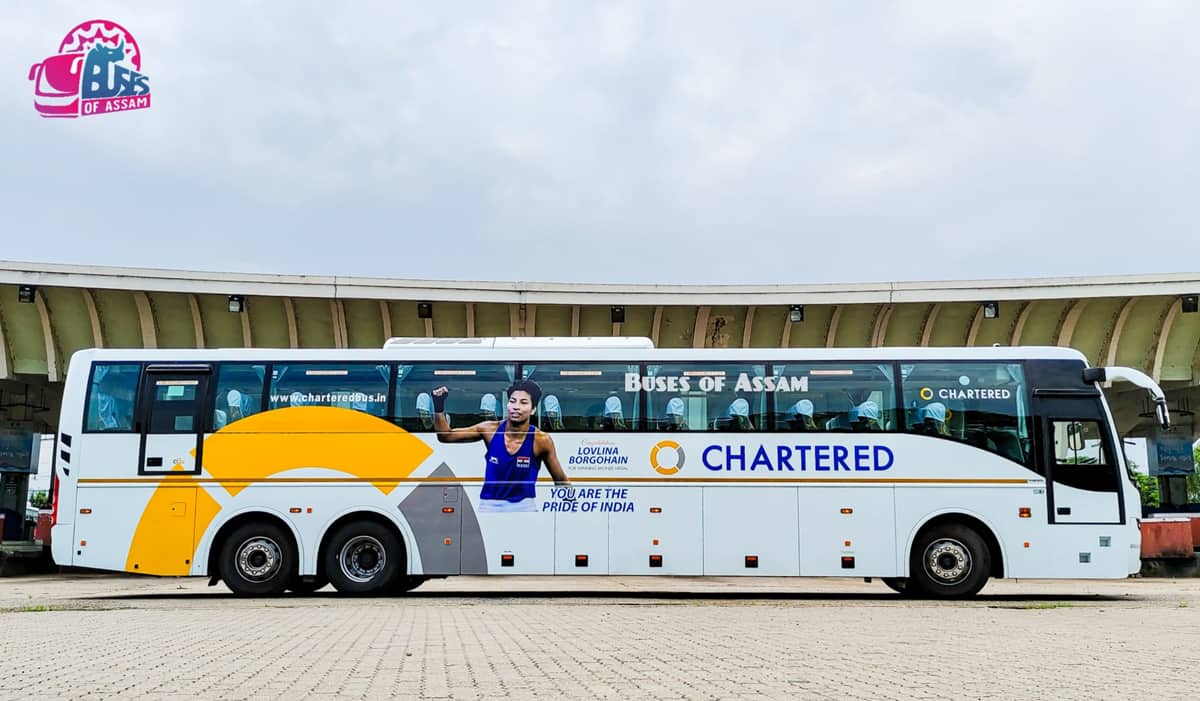 A bus decked up to welcome the Olympic star | Photo Courtesy: Buses of Assam

Tokyo Olympics medallist boxer Lovlina Borgohain will arrive in Guwahati from New Delhi on August 12. This will be the homecoming of Borgohain, who became the first-ever person from the state to win an Olympic medal.

The Assam government has made all arrangements to welcome the pugilist. According to the reports, Lovlina will reach at Lokpriya Gopinath Bordoloi International Airport at Borjhar in Guwahati at around 9 am on August 12.

“Lovlina has scripted history and she is an asset of Assam. We are excited to welcome her,” said Assam sports minister Bimal Bora.

But due to the COVID-19 related protocols, certain things like mass gatherings will be avoided.

“We would have like to make it a grand event but due to the COVID-19 protocols, we have to make it less crowded,” he said.

The Assam government has organized a grand felicitation programme at the Srimanta Sankardev Kalakshetra on the same day in presence of several top dignitaries, including Assam chief minister Himanta Biswa Sarma.

After the programme, Lovlina Borgohain will head for her home at Baro Mukhiya village in Golaghat district where the family members and villagers are waiting eagerly to welcome their champion daughter.

Earlier, the Assam government has announced a cash reward of Rs 50 lakh for the Olympics bronze medal winner under the Assam Sports Integrated Policy.