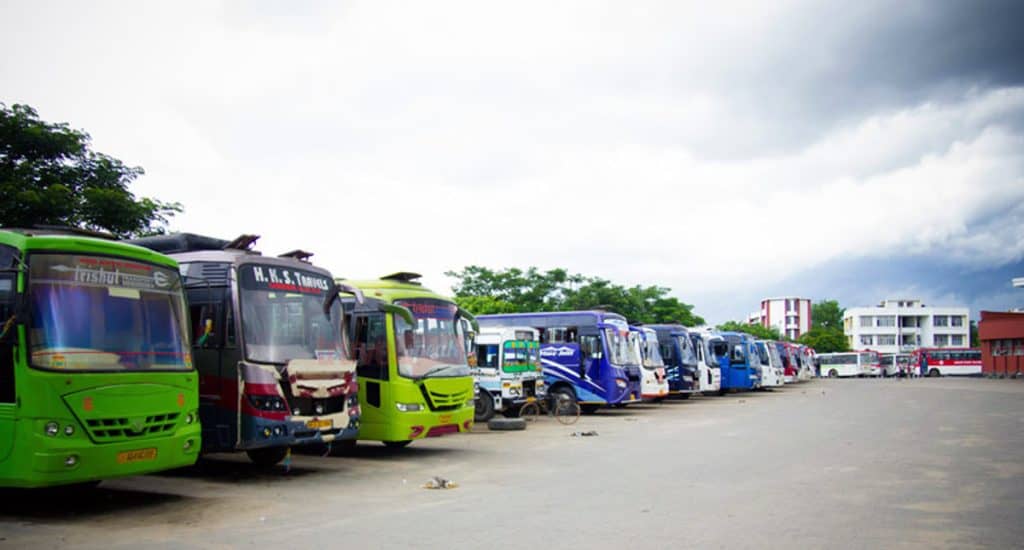 Long-distance bus operators in Assam are in a fix as the state government is yet to allow public transport for inter-district travel in the state.

After chief minister Himanta Biswa Sarma, in the first week of August, promised to relieve restrictions from August 16 onwards, the bus operators were expecting to get back to business. But, the latest directive (read SOP) issued by the Assam State Disaster Management Authority restricts inter-state public transport service along with travel to and from Kamrup Metro.

On August 17, several bus drivers and other staff protested the government’s decision at the Inter State Bus Terminus (ISBT) in Guwahati. “We are not asking for any relief package. We just want the Assam government to allow us to do business. We want to start working again because this lockdown has crippled our lives,” said Rupam Dutta, a long-distance bus driver, in Guwahati.

Dutta, who became popular for his book ‘Life of a driver’, added that the bus owners are also unable to help their staff as because of continued lockdown they are unable to pay insurance, EMIs etc.

“This is a terrible situation for the bus industry. We are facing severe financial crisis because of the continued lockdown. It seems the government forgot us completely,” Dutta added, unable to control his emotions.

When the revised SOP was announced on August 17, the bus staffs expected the Assam government to allow inter-state travel as hinted by the chief minister. However, they are now forced to wait till the next SOP from the government.

The bus operators in Guwahati also alleged that several buses from Bihar are plying – carrying passengers from Bihar to parts of Assam – while the local operators are not allowed to restart their services.

Also, a bus driver added that while they are left stranded, one can travel inter-district in Assam on trains. “They (government) are not allowing us to operate but people can move within the state and beyond through trains. How can the state government do this to us?” he asked.

Assam on August 18 reported 15 deaths due to COVID-19 complications. The state recorded 639 fresh cases during the last 24 hours with 109 positive cases from Kamrup Metro alone. The state has 7,025 active cases.