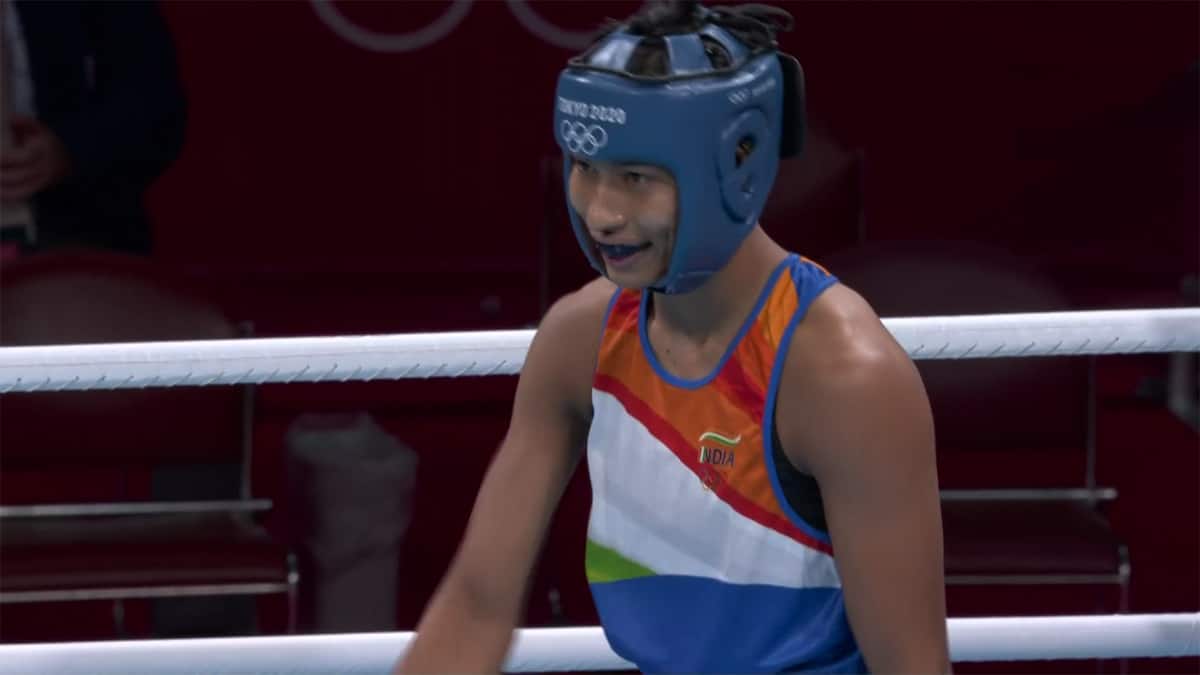 India boxer Lovlina Borgohain lost to No. 1 seed Busenaz Sürmeneli of Turkey in the first semifinal of the welterweight competition at the Tokyo Olympics on August 4.

The Assam boxer has settled for the bronze medal, the first-ever for anyone from the state, at the Tokyo Olympics.

Sürmeneli beat Lovlina Borgohain in unanimous decision in the women’s welterweight semifinal match at the Tokyo Olympics. She won the bout 5-0.

Lovlina had a tough Round of 16 bout against Germany’s Nadine Apetz where she won via a split decision.

In the quarterfinal, Lovlina punched her way through to the semis with a 4:1 win over Chinese Taipei’s Nien-Chin Chen.

Earlier for India, boxers Vijender Singh (2008 Beijing) and Mary Kom (2012 London) had won bronze medals at the Olympics. They both lost in the last-4 stage.

Lovlina had already proved her worth at the global arena. The girl from Golaghat in Assam has won back-to-back medals, both bronze, at the world boxing championships in 2018 and 2019.

Before that, she has won medal at the Asian championships in 2017.

In the recently-concluded Asian championship in Dubai, Lovlina won a bronze.

Cotton farmers can save water and reap profits through drip irrigation