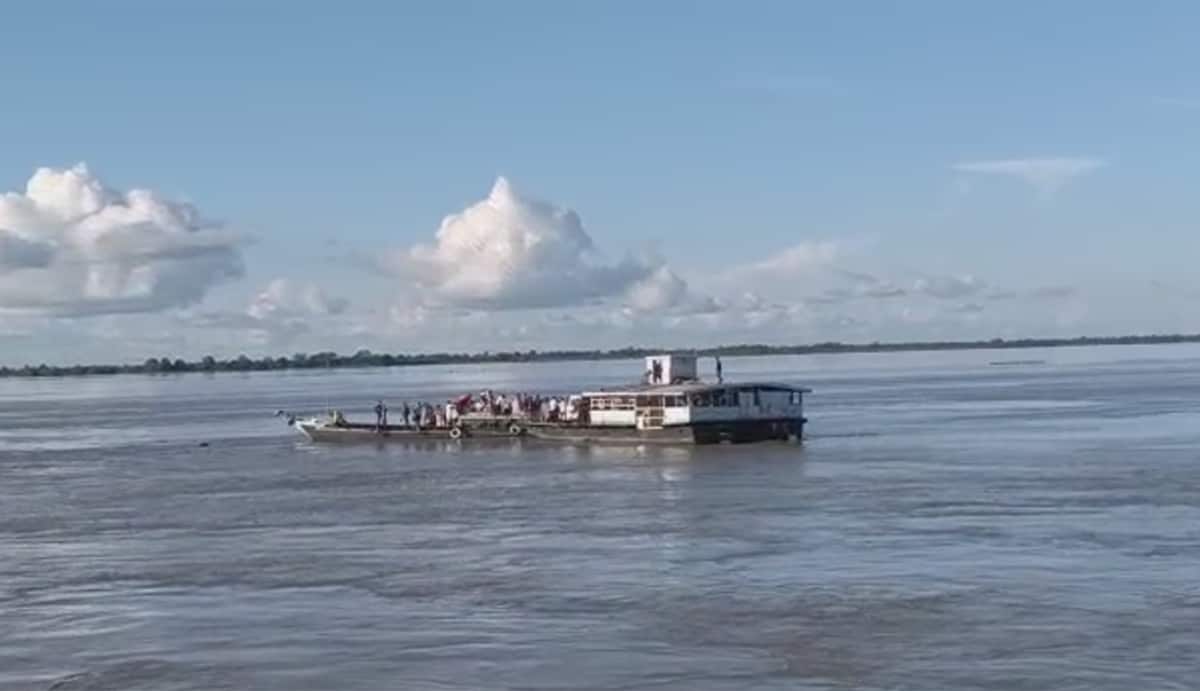 At least 50 people have been reportedly missing after a boat capsized in Brahmaputra river near Neamatighat in Assam’s Jorhat district on September 8.

According to the reports, the accident took place after a collision between two boats coming from two different directions on the mighty Brahmaputra river.

Around 120 people, including children, women, were reportedly travelling in the boats.

Jorhat district superintendent of police Ankur Jain told The News Mill over phone that, rescue operations are going on.

“The boat was going from Neamatighat towards Majuli. SDRF team, police personnel and locals are engaged in rescue operation,” Ankur Jain said.

“We have located the boat about 350 meters from the riverbank. About 50 persons who were on board are still missing,” the police officer said.

Assam chief minister Himanta Biswa Sarma expressed deep concern over the boat accident at Majuli and directed the district administration of Majuli and Jorhat districts to undertake rescue mission expeditiously with the help of NDRF and SDRF.

He also directed minister Bimal Bora to immediately travel to Majuli for taking stock of the situation.