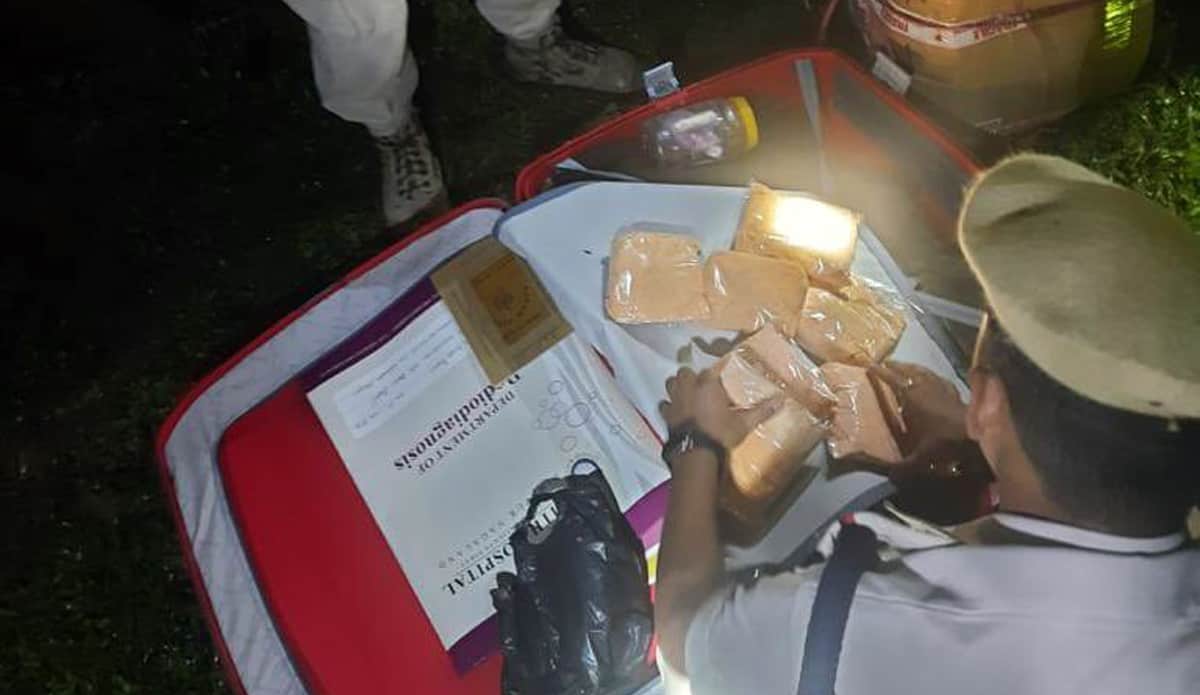 The vehicle was coming from Dimapur towards Tinsukia. The cops detained four persons, including three Assam Rifles jawans, who were travelling in the vehicle.

Dibrugarh district Superintendent of Police (SP) Shwetank Mishra said that, during interrogation, they revealed that there was heroin hidden in another vehicle which was kept near Dergaon in Golaghat district.

“A team of police swung into action and located the said vehicle and recovered 269 grams of banned drugs worth Rs 1 crore from the vehicle. Later, we arrested the three Assam Rifles jawans and the civilian. They also revealed that, they had purchased the drugs from a Manipuri woman at Dimapur,” SP Mishra said.

The arrested Assam Rifles jawans were identified as Ranjit Kumar Singha, Binay Kumar, Junush Khan and the civilian was identified as one Pezslhoulie Rupreo.

Meanwhile, police registered a case at Dibrugarh police station under the NDPS Act.