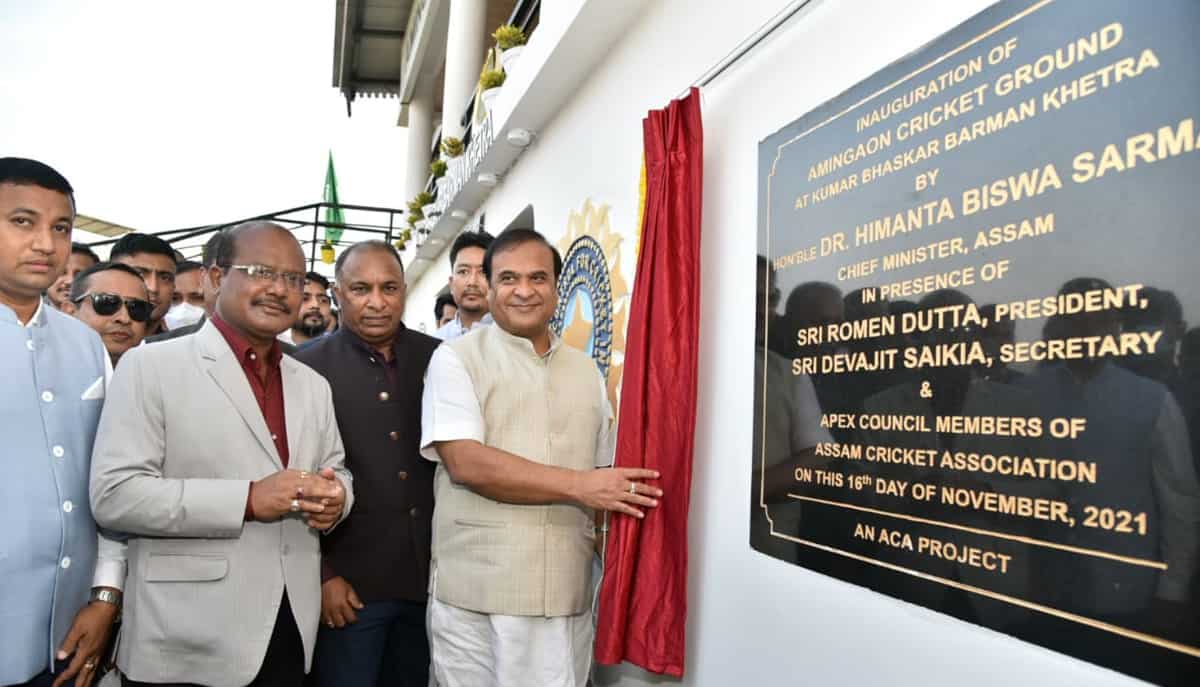 The picturesque Amingaon cricket ground, along with other facilities built therein, will be a great addition to the existing cricket infrastructure of the city and would also aid the state in organising various cricket matches.

The BCCI, upon inspection, has already approved the Amingaon cricket ground as a recognised BCCI venue for hosting age-group and women’s cricket tournaments from the current season onwards, and has also allotted seven matches of the BCCI U-25 Men’s State A One Day Tournament, slated to begin from November 17.

CM Sarma lauded the ambitious efforts of Assam Cricket Association to notch up the scenario of cricket infrastructure of the state. He, at the same time, underscored the pressing need of producing many more quality cricket players from Assam.

Assam Cricket Association (ACA) has recently undertaken a series of cricket infrastructure development projects across the state to take the cricketing landscape of Assam to greater heights, besides setting the stage for the emergence of many more quality players from the state.

Campaign to promote driving among women for better access to opportunities