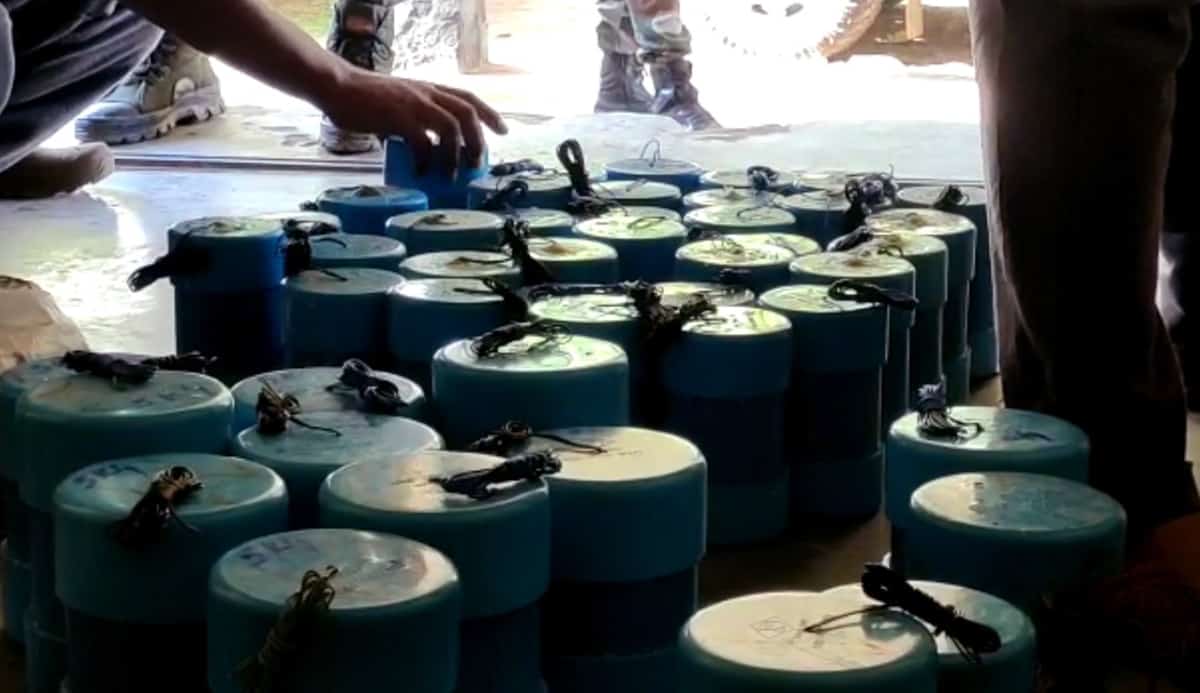 According to the reports, the security personnel had recovered more than 240 pieces of prefabricated IEDs and materials used to make IED from jungle area near Betuk village of Moreh area in the wee hours of November 8.

While carrying out an area domination patrol along the Indo-Myanmar border, the troopers of Assam Rifles detected well-concealed boxes hidden inside thick foliage.

On closer inspection, a large number of prefabricated Improvised Explosive Device (IED) weighing approximately 250 kg were recovered along with a large quantum of other explosives and warlike stores.

The prefabricated IEDs and other materials were handed over to Moreh police station.