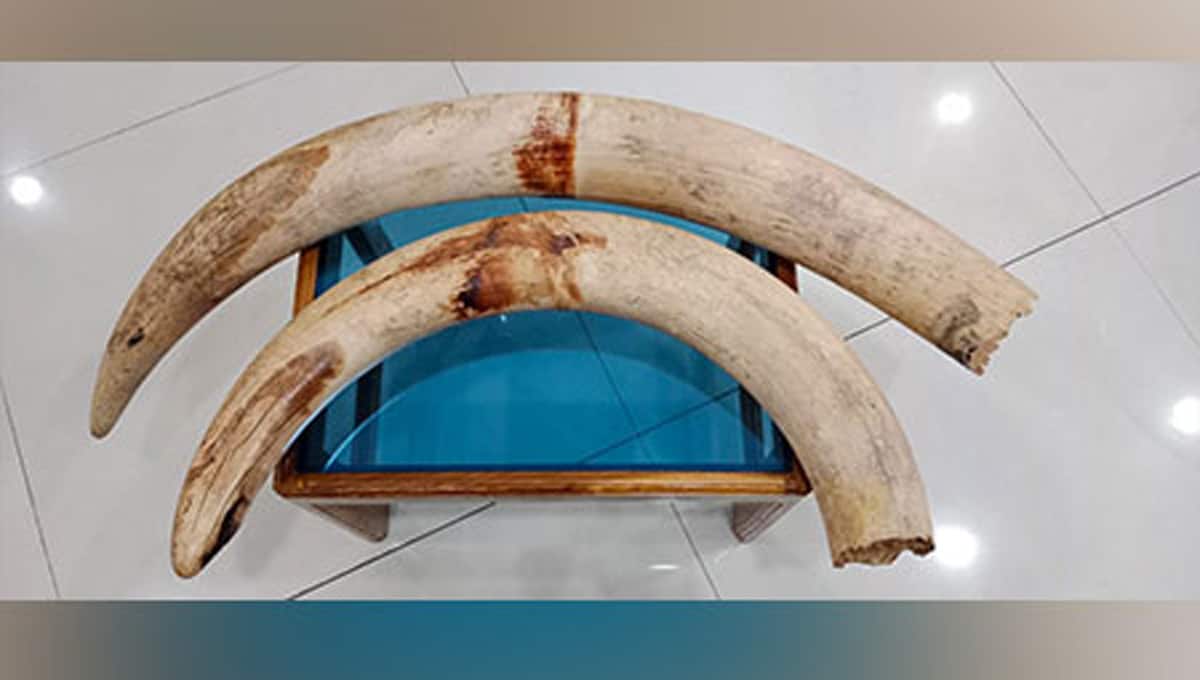 Based on secret information, a joint team of Howly police in Barpeta district and 10 battalion of CRPF conducted an operation at Madulijhar area in the lower Assam district and intercepted a four-wheeler.

During search, the team recovered two elephant tusks from the vehicle.

The joint team of police and CRPF apprehended five persons for smuggling ivory.

Police also seized the four-wheeler and three mobile phones from their procession.