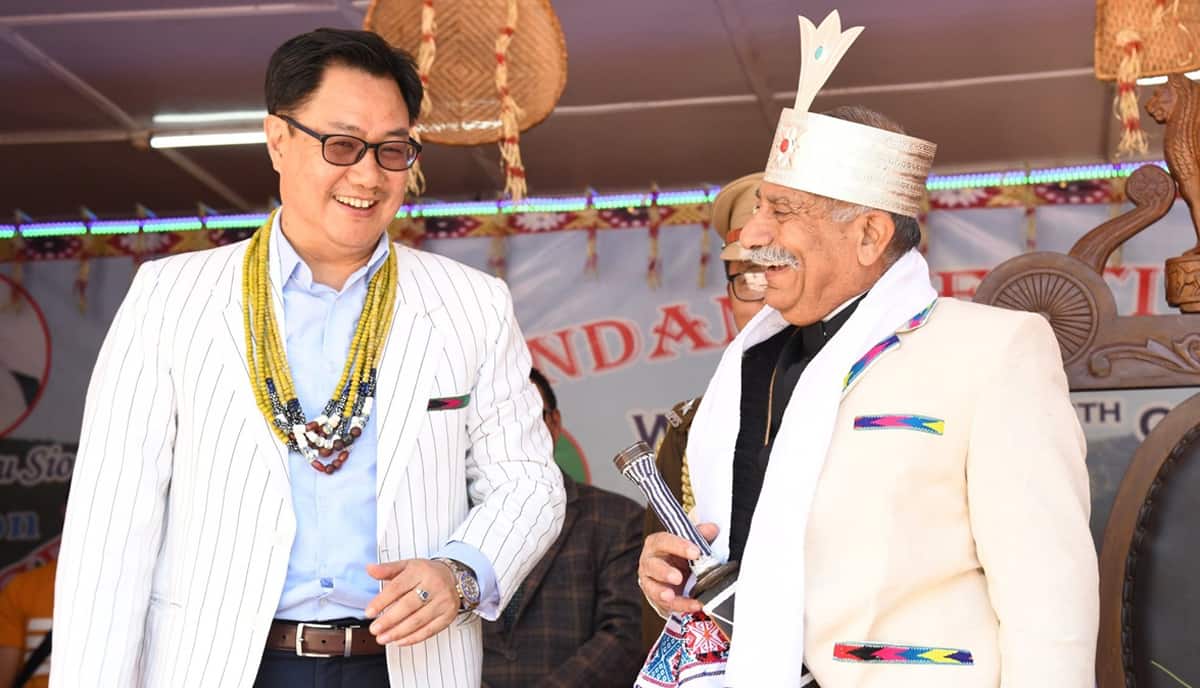 Arunachal Pradesh governor BD Mishra has made a “strong pitch” for establishment of a full-fledged high court in the Northeast state.

Governor Mishra met Union law minister Kiren Rijiju in New Delhi on December 19 and asked the minister, who represents Arunachal West constituency in the Lok Sabha, to help establish a full-fledged high court in the state.

At present, a permanent bench of the Gauhati high court sits at Itanagar.

A press release from the Raj Bhavan stated that the governor shared with the Union minister that for easy access to justice, particularly for the poor and the marginalised sections of society, a high court in the state will be highly beneficial.

“A full-fledged high court within the state will facilitate a less expensive reach to justice for one and all,” the release quoted Mishra as saying.

The press release further stated that during the meeting, the Mishra and Rijiju discussed about developing all-weather road communication for speedy progress of the state.

“Along with Trans-Arunachal Highway, there is, in Arunachal Pradesh, a need for a road to cover the border areas and another road to facilitate the industrial growth in the foothill areas of the state,” Mishra pointed out.

The governor emphasized that the proposed ‘frontier highway’ and the ‘industrial corridor’ must be taken up for sanction in an expeditious manner.

He further said, with good roads the availability of amenities in the border areas will certainly enhance the continuity of the stay of the people in those areas. The migration of the people from border areas to city centres will be checked to a great extent, he said.

The governor further said that, as there is visible wave of entrepreneurship in agriculture and allied sectors in Arunachal Pradesh, the proposed 2-lane East-West Industrial and Highway Corridor from Bhairabkund in West Kameng district, at the tri-junction of Bhutan, Arunachal Pradesh and Assam, to Ruksin in East Siang district will be a boon for the agri entrepreneurs and progressive farmers. It will usher in socio-economic progress throughout the state, he said.