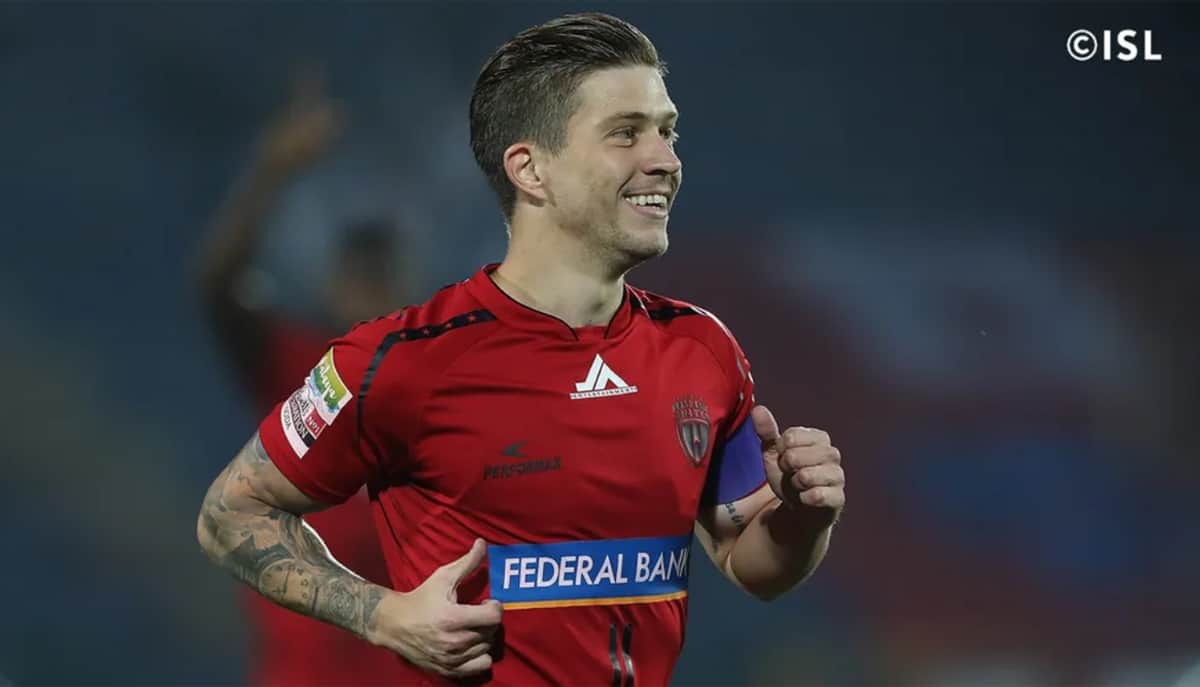 NorthEast United will miss the services of their star midfielder Federico Gallego for the entire 2021-22 Indian Super League (ISL) season.

Gallego, who was injured in the first half of their match against Chennaiyin FC on November 29, will have to sit out for the entire season as he will need at least 6-7 months to recover from the injury.

In a statement, the Guwahati-based ISL club updated the fans about the status of the star playmaker. “Midfielder Federico Gallego will be unavailable for the rest of the Hero ISL 2021-22 season due to a knee injury. The Uruguayan suffered an injury during the first half of the Highlanders’ clash with Chennaiyin FC at the Fatorda Stadium. The NorthEast United FC family is by his side and wishes him a speedy recovery,” the club said.

The midfielder missed the first two games for the Highlanders this season before being drafted in the playing XI for the club’s third match of the new ISL season. He was involved in a clash with Chennaiyin FC’s Narayan Das in the 21st minute which saw the Uruguayan being taken off on a stretcher.

The absence of Gallego will hurt the Highlanders as he was the pivotal in the scheme of things for coach Khalid Jamil’s side. In this fourth season for the Highlanders, Fede was one of the most-impactful players for Khalid Jamil.

While NEUFC will look for alternatives, their bench strength does not inspire confidence either. Replacing Gallego will be tough task for the management. Also, reports said that NEUFC will now have to wait till the January transfer window to register a replacement for Gallego.