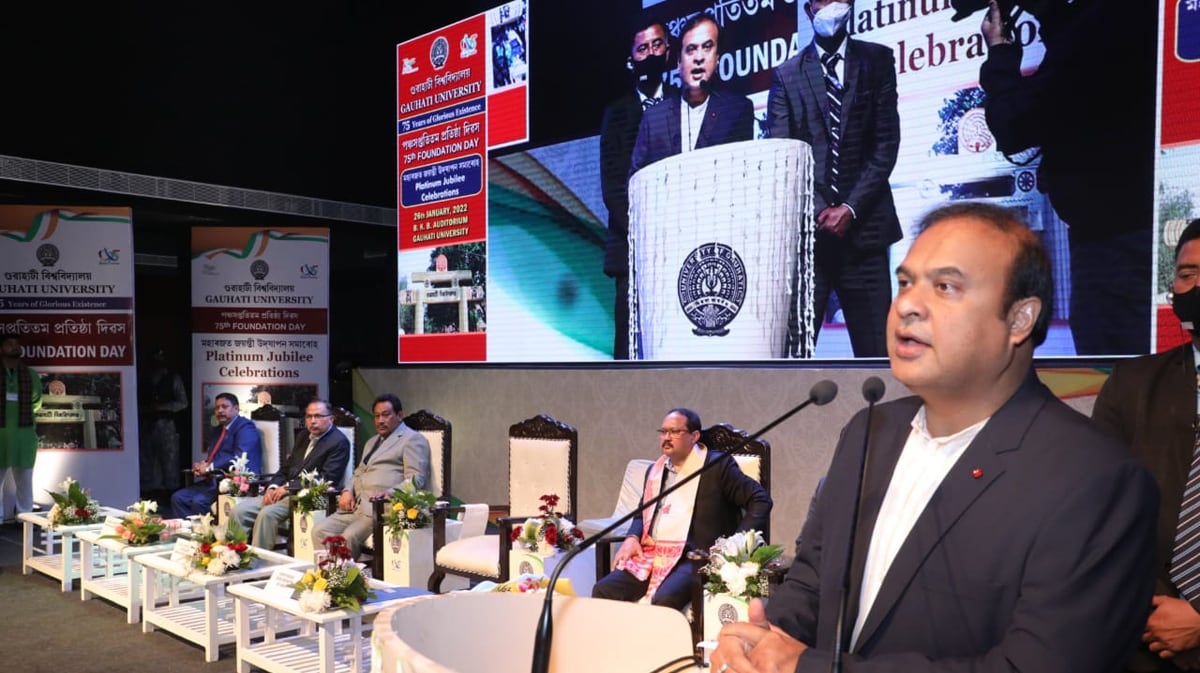 Assam chief minister Himanta Biswa Sarma took part in the 75th foundation day of the Gauhati University on January 26 and urged the university to lead a start-up and innovation movement in the state. Sarma assured to extend all necessary support if appropriate proposal in this direction is submitted to the government.

The chief minister attended the inaugural function of the platinum jubilee celebrations held at BKB auditorium of the university on January 26.

Chief minister Sarma said that Gauhati University is the heart of educational renaissance in the Northeast India. Unlike other institutions of higher learning, this university has many unique features. This university came into existence as a result of the endless sacrifices and long movement of a large number of dedicated personalities. He said that the university has a remarkable history of creating rich human resources.

Sarma said that the movement for the establishment of a university in Assam was started in the year 1917. This university came into existence due to sacrifices and untiring efforts of personalities like Satyanath Bora, Ghanashyam Baruah, Nabin Chandra Bordoloi, Gopinath Bordoloi, Raghunath Chaudhury, Tarun Ram Phookan, Krishna Kanta Handique, Sarat Chandra Goswami etc., contributions of the people and co-operation of the state government.

The university was established by the Gauhati University Act of 1947 enacted by the government headed by Lokapriya Gopinath Bordoloi, the first chief minister of Assam. Referring to the university court meeting held for the first time on January 26, 1948 at Sudmerson Hall of Cotton College, the chief minister said that this day marked the beginning of a new era in the educational history of the region by becoming the first university in Northeast India.

“It is a matter of pride for all of us that Gauhati University is entering its platinum jubilee year in this 75th year of celebrating the Amrit Mahotsav of country’s independence,” the chief minister said.

Stating that this is the right time for the university to lead a start-up and innovation movement in the state, he said that there is never a shortage of capital in the state exchequer for innovation and innovative works. The chief minister informed that the state government would extend all necessary support if appropriate proposal in this direction is submitted to the Government.