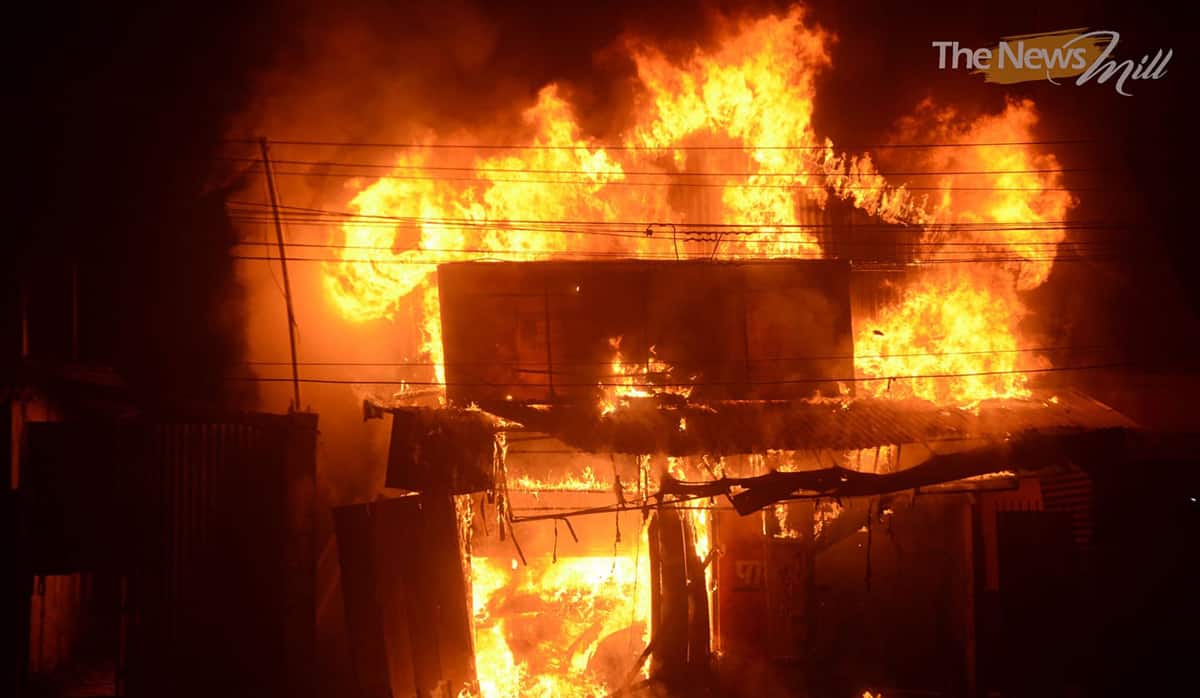 A devastating fire broke out in the Kalapahar area of Guwahati on January 18 evening.

The fire started from a two-wheeler garage and soon spread to other shops and engulfed the entire complex within no time.

Reports said that the fire broke out around 8:30 pm on January 18.

A furniture shop and a jute mill were badly damaged in the inferno.

Reports said that at least 12 fire tenders were pressed into service to douse the fire. It took more than two hours for the firemen to bring the massive fire under control.

Local residents claimed that the fire broke out due to an electric short-circuit in the two-wheeler garage.