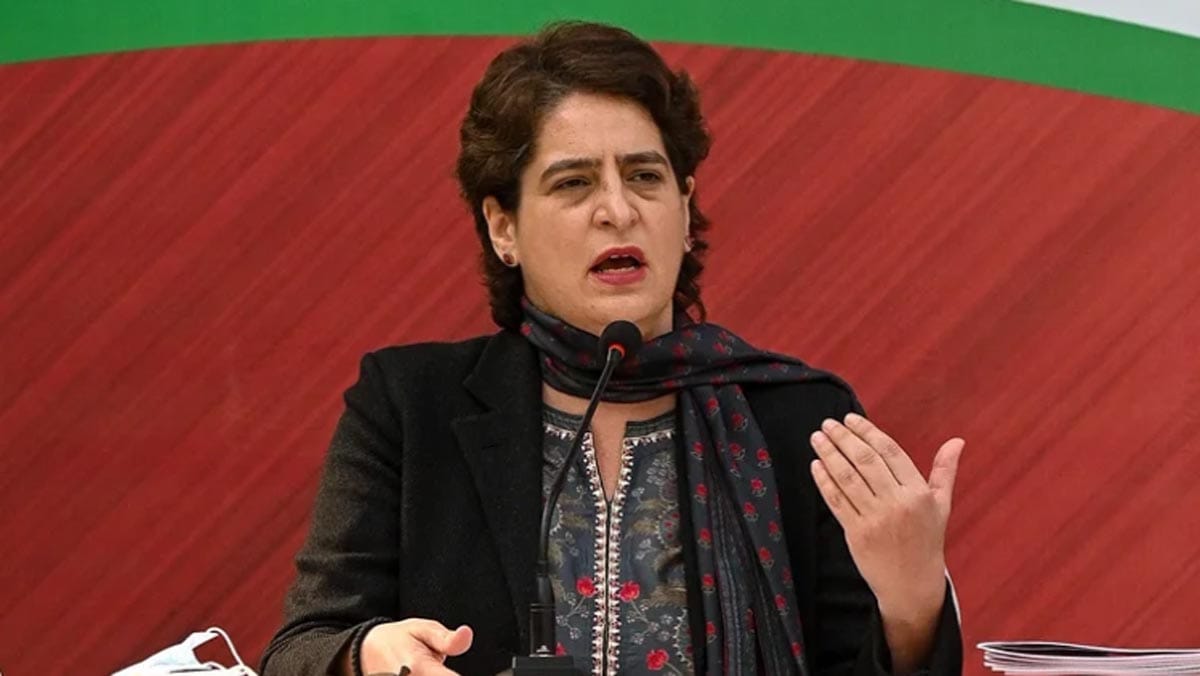 AICC general secretary Priyanka Gandhi Vadra said that the BJP’s promises were never translated into action and no changes were brought in Manipur by the BJP-led coalition government.

Addressing a virtual election rally of the Congress party for the ensuing elections to the Manipur legislative assembly, Priyanka Gandhi Vadra alleged that even as the BJP called Manipur ‘Jewel of India’, the party did not give the respect it deserved as a state of the country.

She said: “As Manipur is one of the Indian states, BJP should care for the people sincerely. They should respect the culture and tradition of the people of the state.”

“Unless due respect is given, the state will not be able to move forward in development”.

Priyanka Gandhi Vadra also alleged that BJP’s one nation, one religion and one language agenda has given an impact to the unity in diversity of the country.

“Manipur is also hit by its agenda, the harmony among the different communities has been disturbed,” she added.

Vadra recalled how the BJP formed the coalition government in the state from the “back door” five years ago in 2017. She also said that the saffron party had abused the people’s mandate.

“The mandate was in favour of the Congress. The party emerged as the single largest party but the BJP formed the government by going beyond the fundamental right,” she pointed out.

“At the same time, the BJP hardly fulfilled the promises it had made in the last elections.”

The AICC leader also said that the BJP had promised to impart jobs to the educated unemployed youths, but no policy or work to create jobs was taken up.

According to Priyanka Gandhi Vadra, Manipur has its own potential to create jobs. However, the BJP-led government lacked the political will to frame policies to solve the unemployment problem in the state, she said.

Priyanka Gandhi Vadra observed that once MSMEs are strengthened, it will be able to create a big employment opportunity in the state. If voted to power, she said, Congress will focus on resolving unemployment problems and added that Congress always focuses on development and women empowerment.

Priyanka Gandhi Vadra also criticized the BJP led government at the Centre while alleging that its policies are focused on benefiting the industrialists and corporate.

No mandatory COVID-19 testing in Assam from February 15