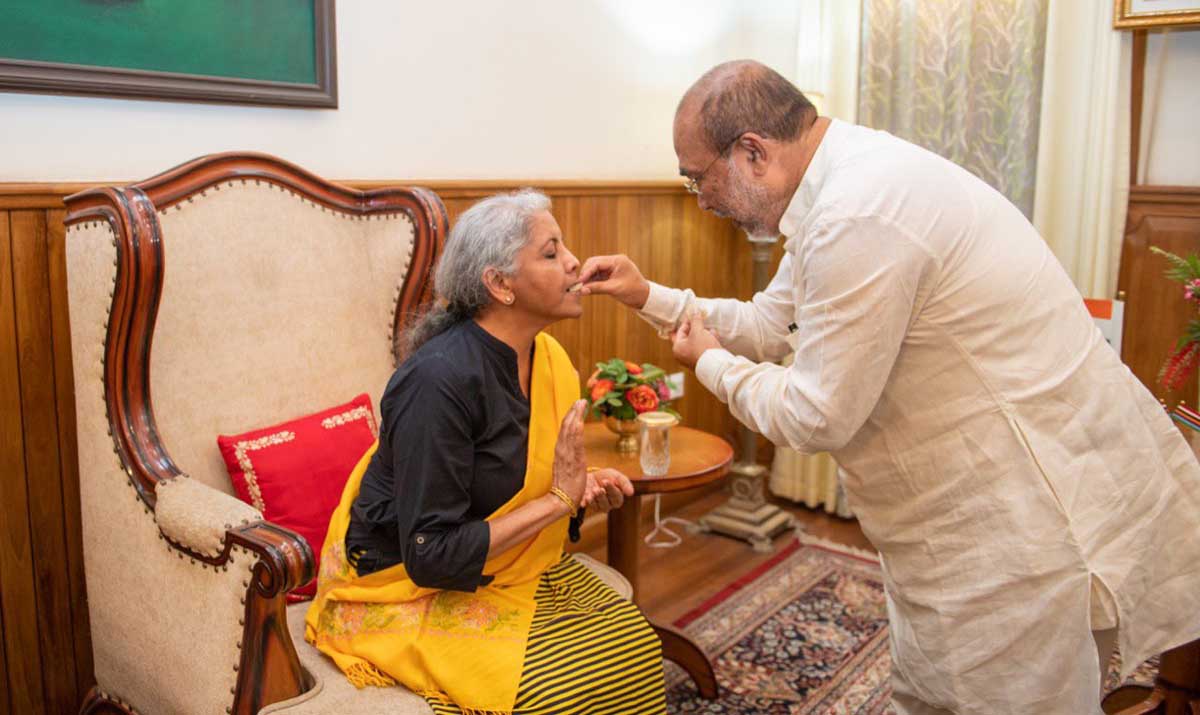 Nongthonbam Biren Singh was once again elected as the leader of the BJP legislature party in a meeting held in Imphal on March 20.

Central observer for the election of the leader of the legislature party of the BJP, union finance minister Nirmala Sitharaman announced Biren Singh as the leader.

“Biren Singh was unanimously elected as the leader of the BJP legislature party,” she said.

Biren and Bishwajit had rushed to Delhi on March 19 after they were reportedly asked to come to the national capital by the central leaders of the party to discuss the pending election of the leader.

Soon after their arrival, the two observers met with the newly-elected MLAs of the party one by one at BJP Manipur Pradesh head office in Imphal. It was followed by a closed-door meeting with the MLAs.

After the meeting, the union finance minister announced the election of Biren Singh as the leader to pave the way for BJP to form the next government in the state.

With the election of Singh as the leader, the weeklong uncertainty over the post of the next chief minister of the state ended.

The results for the elections to the 60-seat Manipur legislative assembly were declared on March 10 with BJP securing the magic number (32 seats) to form the government. However, the formation of the new government was delayed till date, pending the election of the leader of the party legislature.

After the announcement, Sitharaman said: “It is a good decision taken unanimously by everyone. It will ensure that Manipur has a stable and responsible government.”

She further said that the state will move further in the path of development because the Centre under the leadership of Prime Minister Narendra Modi is giving special attention to Northeastern states. Sitharaman expressed her gratitude to the people of the state for electing BJP for the second consecutive term.

Legislature party leader-elect Biren Singh expressed his immense gratitude to PM Narendra Modi and national party president JP Nadda for entrusting him to serve as the leader once again. He also thanked each and every worker of the state BJP unit for their tireless efforts in bringing a BJP government again in the state.

“Fulfilling the aspirations of the people of Manipur under PM Narendra Modi Ji’s mantra of Sabka Sath, Sabka Vikas, Sabka Viswas aur Sabka Prayas will be our top priority,” he wrote in his Facebook page.

It is the first time that BJP won an absolute majority in the state.

Jongal Balahu Rampart will be converted into a tourist destination: Assam CM