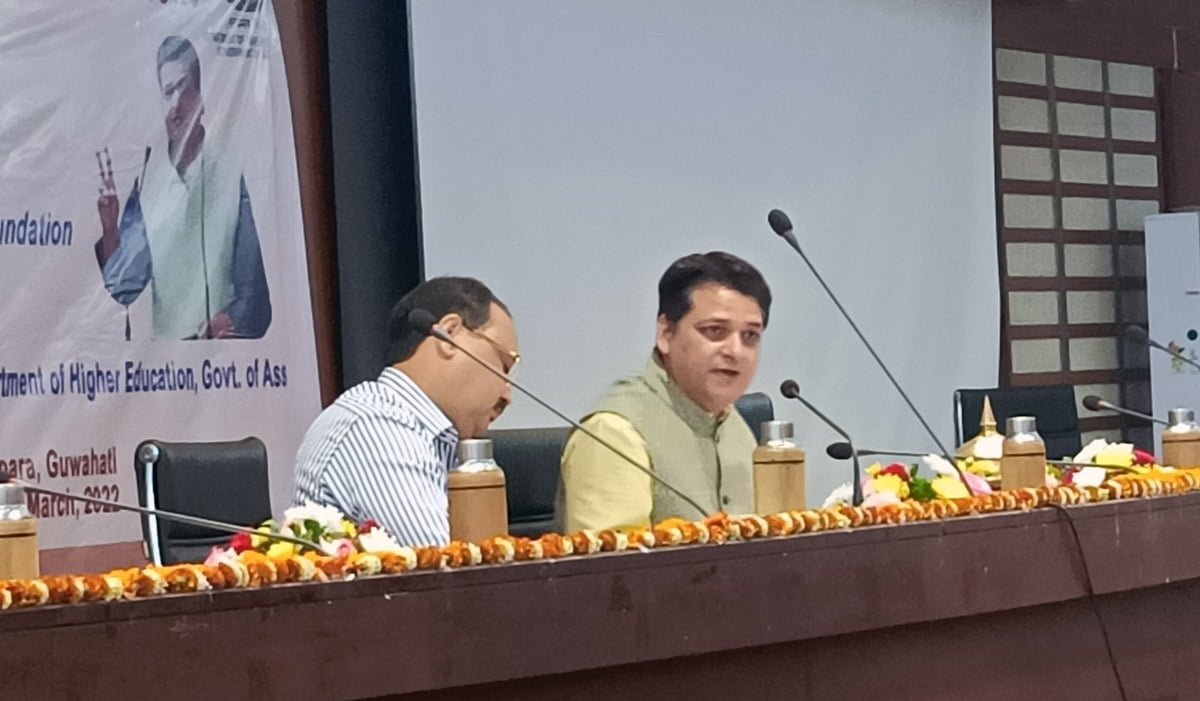 A lecture on the evolution of the global order post Russia’s aggressive invasion of Ukraine, was organised by the Gauhati University on March 22.

Delivering the lecture, Harsh V Pant, professor of international relations at King’s College, London and director, studies and head of the strategic studies programme at Observer Research Foundation, New Delhi, said: “Evolution of the global order has taken a definitive turn. India, at this point, needs to be concerned about the strategic dimension. Insulation is neither possible nor desirable. India is on a shaky ground when it comes to Russia. Isolating Russia is also not in India’s interest. India’s problem when it comes to working with both the West and Russia is operationally problematic at this stage.”

Pant was speaking on the “Ukraine-Russia War: Perspectives on Global and National Implications”, and said this is a moment which would shape future narratives.

The lecture series was organised by the Centre for South East Asian Studies and Department of Political Science, Gauhati University in collaboration with Department of Higher Education, Government of Assam at Assam Administrative Staff College, Khanapara, Guwahati on March 22.

Harsh V Pant, in his lecture, emphasised on the importance of context when it comes to foreign policy as the lines between domestic and foreign policy imperatives are fast disappearing.

“The current events in world politics show the changing nature of foreign policy and the changing dynamics of international relations. This change depicts a fundamentally transformative period in the global arena,” he said.

Pant stressed on the fact that there is an epical change in global politics. “Recent events like the COVID-19 pandemic, rise of China, a struggling EU, and the Russian invasion of Ukraine all point towards a reformative era in international relations (IR). This also requires going back to the basics of IR theory wherein the clash between ideas and theories has become ever so pertinent. Russia, a spectre of the erstwhile USSR, continued to harbour a notion of historical wrongdoing. This simmering discontent is at the base of what is happening today,” Pant said.

Pant also analysed the challenges associated with evaluation of current global events. It is rarely possible to come up with an adequate picture as no templates are available yet, he said.

B Kalyan Chakravarthy, principal secretary, education, Government of Assam delivered his welcome briefing of the event wherein he underlined the significance of the subject of discussion and the need to provide an exposure to the young students to listen to the perspectives of leading expert on such a significant issue of the present time having global as well as national ramifications.

Nani Gopal Mahanta, director (honorary) of Centre for South East Asian Studies, Gauhati University and advisor to Government of Assam (education) also shared his understanding and observation on the ongoing conflict between Russia and Ukraine resulting in grave humanitarian crisis. Mahanta also highlighted several ramifications that can emanate from this crisis shaping the future global order and foreign policy formulations.

The lecture was followed by an Interactive discussion moderated by Jayanta Krishna Sarmah, head of the department of political science, Gauhati University.

Sarmah reiterated the possible ramifications that can shape the future world politics as a result of this unremitting conflict. The interaction dealt with the issue of strategic policies vis-a-vis Russia, the question of strategic autonomy, issue-based multi-alignment among other pertinent questions.