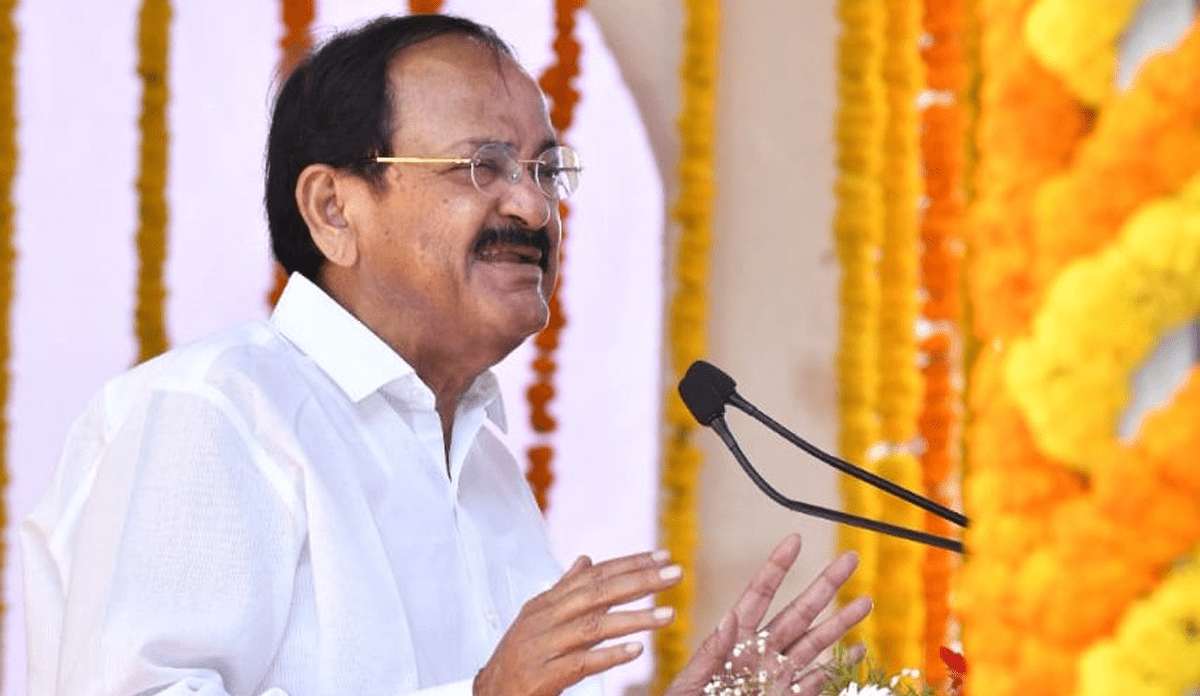 Vice president M Venkaiah Naidu called for making India a Vishwaguru once again in the field of education, terming the National Education Policy (NEP) 2020 as a step in that direction.

Speaking at a function organised by the Ramineni Foundation in Guntur, Andhra Pradesh, to felicitate meritorious toppers in the government-run and aided schools in the neighbouring mandals in Krishna and Guntur districts, Naidu said that NEP seeks to promote value-based education rooted in Indian culture.

“Recognition of excellence in individuals and honouring them is part of Indian tradition and culture. It is also meant to inspire others to strive for excellence and scale new heights. There is no dearth of talent among youngsters in India and the need of the hour is to identify the talent and impart the required skills to them,” he said.

Advising the teachers to make learning a more interactive, immersive and enjoyable experience for the students, Naidu urged each teacher and school administrator to implement the provisions of NEP in letter and spirit.

Emphasising the importance of imparting education in the mother tongue, Naidu said the long subjugation of the country under British rule had created an inferiority complex in some people, as he stressed the need to shed the colonial mindset and return to Indian roots.

In this context, he reiterated the importance of ‘guru-shishya’ tradition for meaningful and holistic education.

He lauded the efforts of teachers throughout the country, especially in government schools, for ensuring continuity of education during the pandemic through innovative means.

Naidu underlined the critical role of teachers in inculcating values in students and said that they need to mould students, inspire confidence in them to face any adversity and walk the right path in any given situation.

The vice president called for developing India into a strong, stable and peaceful country where everyone is treated as equal without discrimination against anybody.

He deplored the attempts of some forces to create divisions among the people for temporary political gains.