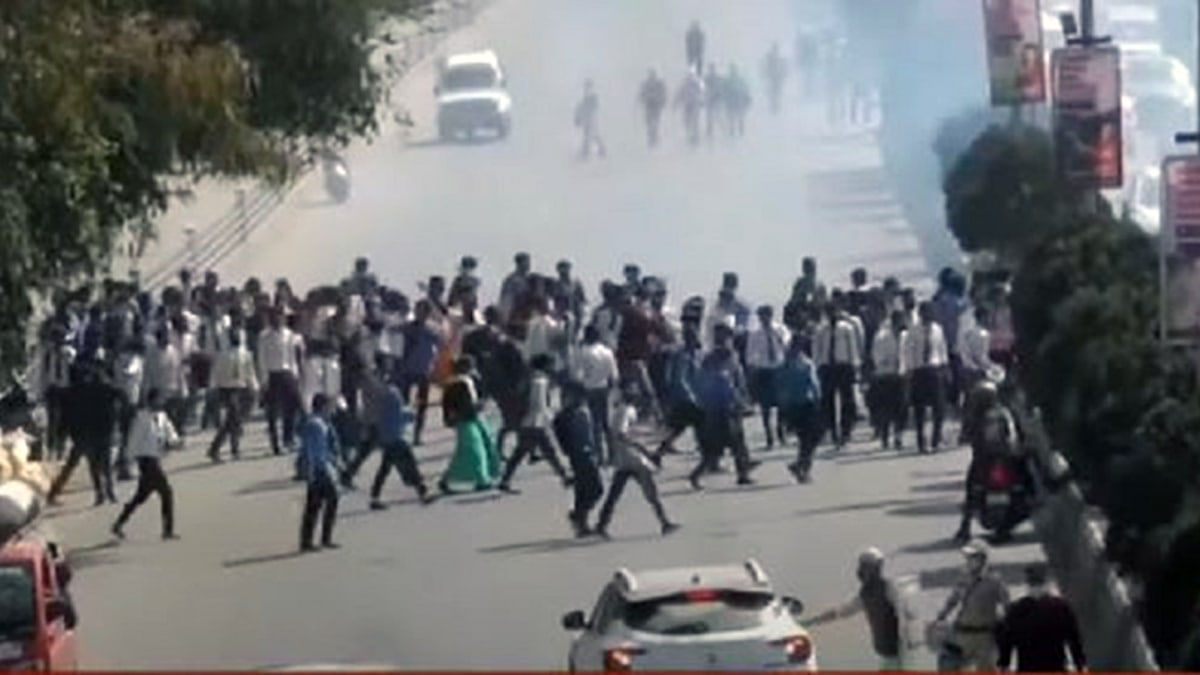 Police on March 8 resorted to firing tear gas shells to control protesting students on the streets in Imphal.

A large number of students from various higher secondary schools appearing in the upcoming Class 12 examination to be conducted by Council of Higher Secondary Education Manipur (COHSEM) carried out the rally demanding awarding pass marks to every student.

Pressing to address their demand, the students marched a rally towards the chief minister’s secretariat on March 8 afternoon. Police stopped the rally in front of the BT Park and allowed 10 leaders to proceed with them and meet with the chairperson of the COHSEM.

As the 10 leaders did not return for a long time, the angry students proceeded the rally further defying the restriction imposed by the police. However, with an additional force, the police blocked the students before reaching the Raj Bhavan.

As the students tried to proceed forcibly, the police, in their bid to take control of the students, fired several rounds of tear gas shells and pushed back the students.

The students once again converged in front of Western Gate of Kangla Fort where they blocked traffic to further their protest. There, the police warned them not to carry out any protest. Failure to do so, the police once again fired tear gas shells.

Some girl students fainted in the police action. They were administered first aid at the spot

Traffic was disrupted for about half an hour while Manipur police took control of the situation.

The students organized the rally under the banner of All Manipur Class 12 Joint Higher Secondary Students 2022.

During the rally, they displayed a banner highlighting their demands.

“We want pass mark”, “Please save our (students) future”, “Improper class due to pandemic”, “How we are going to appear our exam without proper classes,” etc. read the banner.

Talking to reporters, a student leader asked how they can appear in the exam without a proper class. Classes were conducted for hardly two months and the COHSEM has recently announced conducting offline exams.

He alleged that the way the exams are conducted is nothing but to spoil the academic careers of the students.

“We not against conducting the exams but some relaxation in awarding the mark should be given,” he demanded.

Another student alleged that they organized the rally to highlight their grievances after the concerned authorities did not pay heed to their problem despite repeated requests from their side.

If their demand is not considered positively, the students will be compelled to launch intensified forms of agitations, he warned.