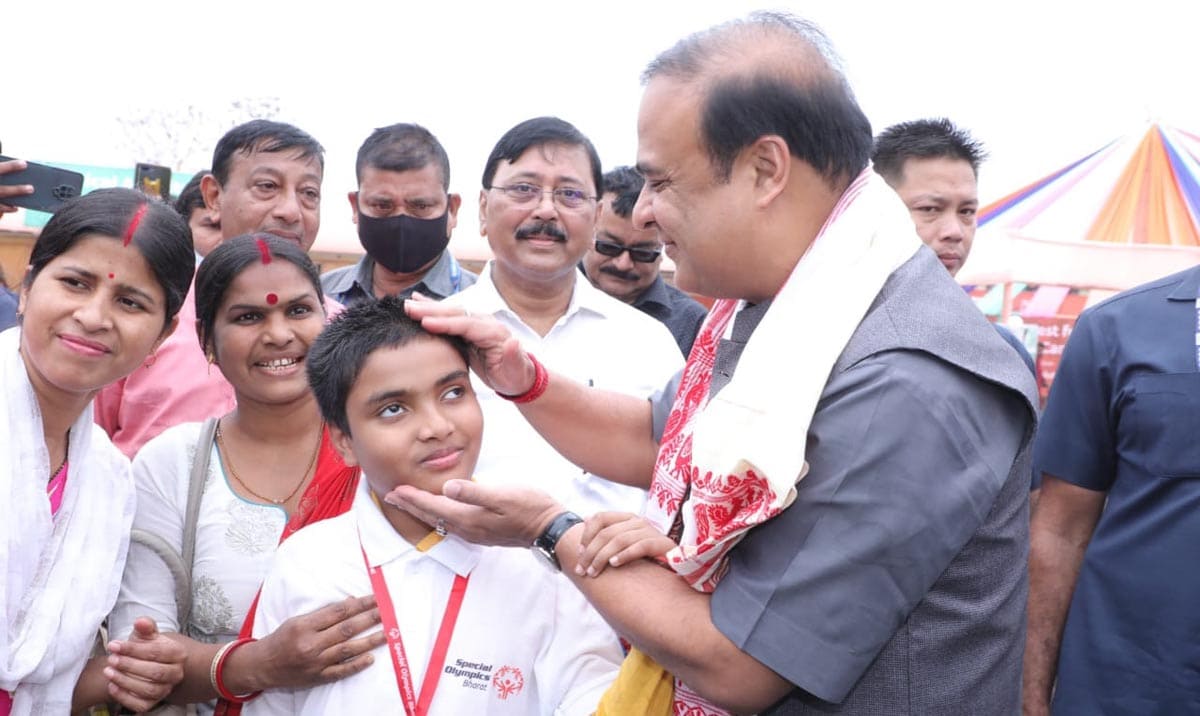 Assam chief minister Himanta Biswa Sarma said that specially-abled children hold immense possibilities as the state government has taken several initiatives for their empowerment and use them as an important component of the state’s human resources.

Sarma said that the state government under Deendayal Divyang Pension Scheme is paying monthly Rs 1000 to more than one lakh beneficiaries.

Under Deendayal Disabled Rehabilitation Scheme several Divyang people have been benefitted. Moreover, specially-abled people were given more than 1.20 lakh UDID (Unique Disability ID) cards in the state. Scholarships were given to specially-abled students.

The CM on the occasion also requested the parents of specially-abled children below six years of age with hearing difficulty to avail the benefits of the Assam government’s special scheme ‘Sneha Sparsha’ to get free cochlear implants for their kids to lead a normal life.

He said that Prime Minister Narendra Modi immediately after taking over power, described the specially-abled people as ‘Divyangjans’.

Sarma said that the specially-abled people are in no way weak as they are indispensable to implementing the government’s objective of inclusive growth.

Blessed to have started my day with Divyang children by attending the 'National Health Fest' for Divyangjan organised by @SOlympicsBharat, Social Welfare Dept and Health & Family Welfare Dept, under #AzadiKaAmritMahotsav initiative.#WorldHealthDay pic.twitter.com/6O2qCsYAiv

Organised by Special Olympic Bharat, the social welfare department, health and family welfare department, the national health fest is an effort to provide consultations on dental health and other health parameters for people with intellectual disabilities. The event was organised in 75 cities across the country with the projected participation of more than 75 thousand children and athletes with intellectual disabilities.

In Assam, the event organised in Guwahati and Jorhat also provided health consultations and vaccines for COVID 19 pandemic to the specially-abled children.

The CM said: “I really feel happy to attend the programme which has given him an opportunity to spend his time with the pure souls who according to him hold immense potential”.

Sarma said that the lives and achievements of these personalities are testimonies of the indomitable power of specially-abled people.

Synchronizing the occasion, Sarma also presented mementoes to some specially-abled athletes for their good show in some international events including Olympics.