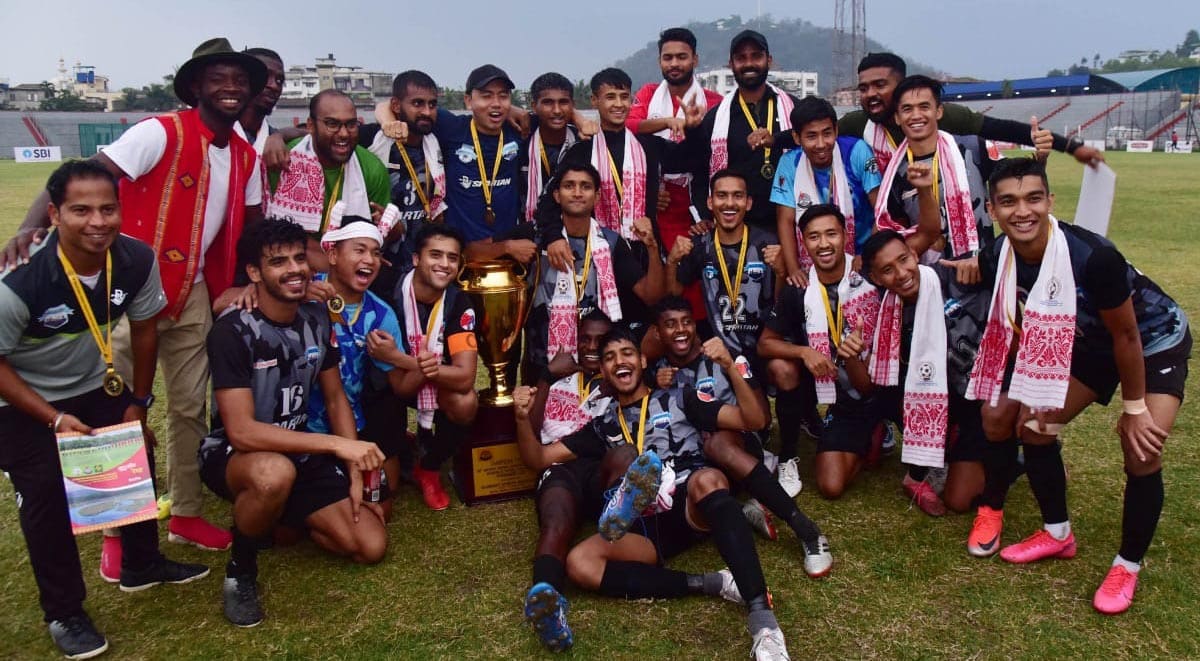 The victorious Delhi FC players at Nehru Stadium in Guwahati

Delhi FC in their maiden appearance won the Bordoloi Trophy football tournament defeating Nagaland Police by 1-0 in the final on April 3.

Yamazaki, the diminutive swift-moving striker, had a powerful left-footed shot at the goal in the 22nd minute. Thanks to Nagaland custodian Neithovile Chalieu for denying the Japanese a goal and save his side for the moment.

Chalieu who was later adjudged the best goalkeeper of the tournament helped his side from conceding more goals with his tireless efforts between the posts. In the last moments of the first half, Delhi FC launched back to back attacks but could not break through Chalieu.

In the 70th minute, Yamazaki dribbled past Nagaland defenders from the right-wing and completed his task to give Delhi FC the lead. Yamazaki was honoured with the best player of the final award.

Overall, Ranjit Bajaj’s side was better organised and they made well-calculated moves.

This year, 16 teams participated in the 68th edition of the tournament which is regarded as one of the most prestigious in eastern India. Apart from Guwahati, Baihata Chariali, Sipajhar and Chirang hosted the league matches.

Red card: Delhi FC’s captain Krishna Pandit was shown a red card by referee Prabhat Kalita in the 83rd minute for using abusive language on the field. The player was warned twice by the referee before the decision. Delhi players protested against the decision but Pandit had to walk off.