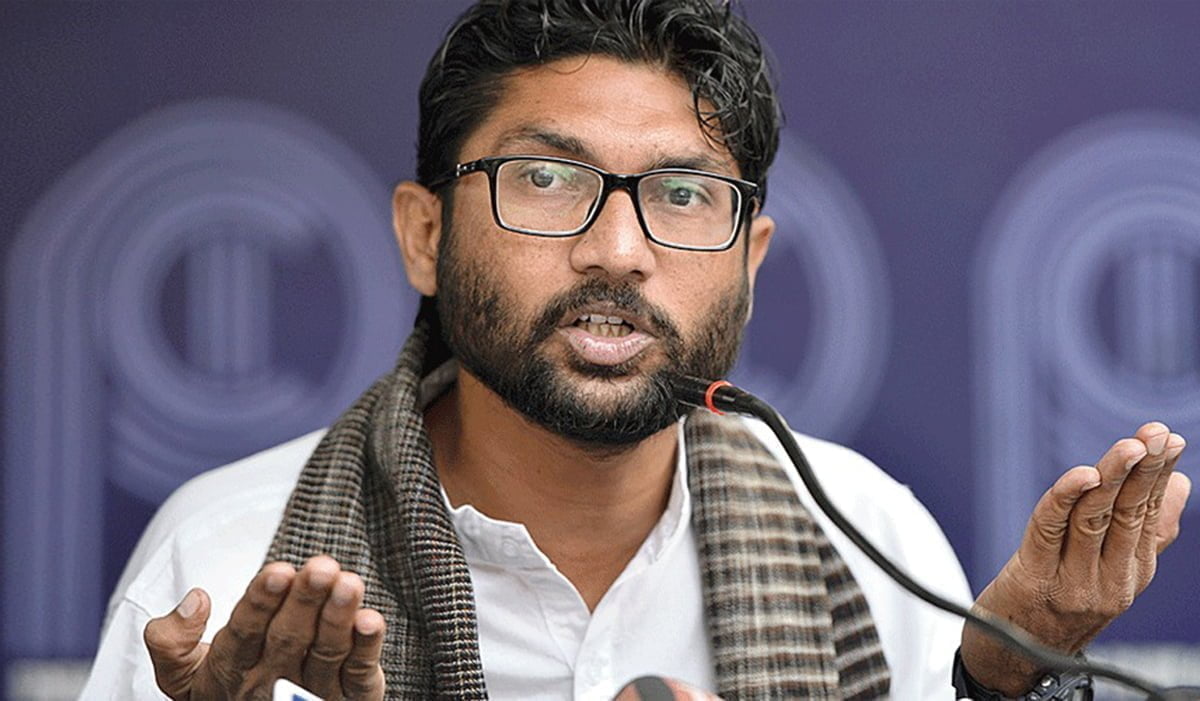 Assam Police rearrested Independent Gujarat MLA Jignesh Mevani on April 25 after he was given bail by a court in Kokrajhar district.

The Gujarat MLA was rearrested six days after he was arrested by the police in connection with an “objectionable” tweet against prime minister Narendra Modi.

Mevani was on April 25 arrested by the Barpeta Police, but they declined to say why the Gujarat MLA was rearrested.

The Gujarat MLA was arrested for the first time on April 20 night for an “objectionable” tweet he allegedly sent on April 18 criticising the prime minister.

On April 21 morning, Mevani was flown to Guwahati, from where he was driven to Kokrajhar.

The Dalit activist’s bail appeal was denied by the chief judicial magistrate’s court in Kokrajhar district on April 21, and he was sent to three days in police custody.

After hearing his bail petition on April 24, the court reserved its decision and ordered Mevani to be held in judicial custody for one day, with the police to bring him back to court on April 25.

Mevani claimed before his rearrest that the BJP and RSS were involved in a deep-seated conspiracy.

“They (the BJP and RSS) are systematically attempting to smear my reputation. They did it to Rohit Vemula, Chandrasekhar Azad, and now they’re going after me,” he said outside the courthouse.

Following a complaint made by an Assam BJP leader demanding action under the IT Act, the Gujarat legislator was arrested from his home state on April 20 night.

Since the arrest of Jignesh Mevani, who had previously pledged outside support to the Congress, the party has held demonstrations across Assam, calling the arrest a “plot.”

It also dispatched a legal team to Kokrajhar to investigate the situation.

Assam Congress chief Bhupen Kumar Borah claimed it was a police conspiracy and “goonda giri”, accusing the BJP administration of misusing the state’s police force to respond to a simple tweet.

Jignesh Mevani was also visited by a delegation from the All India United Democratic Front (AIUDF) at the police station.

The 41-year-old politician was charged with criminal conspiracy, trespassing on a place of worship, inciting religious fervour, and provocation that could lead to a breach of the peace.

BJP leader Arup Kumar Dey said in his complaint that Jignesh Mevani’s remarks could “incite a portion of the people belonging to a certain community.”