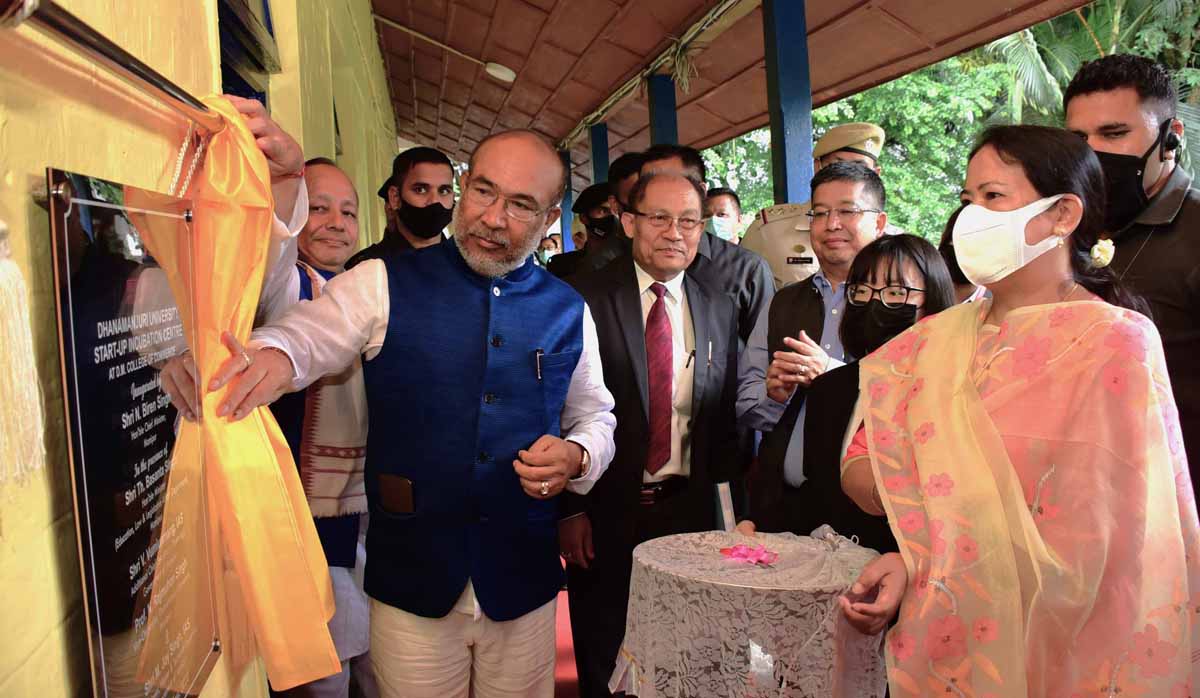 The incubation centre is supported and funded by the planning department, Government of Manipur.

Speaking on the occasion, N Biren Singh appreciated the discipline and hospitality shown by students of the university on his arrival. He recalled that Start Up India was launched in 2016 by Prime Minister Narendra Modi. However, the scheme was materialised in the state only after the formation of his government in 2017.

Maintaining that youth of Manipur had got many talents and were hard working by nature, he added that lack of discipline, professionalism and ethics among the people had been giving hindrance to growth and development and even to governance. As such, he stressed the need for proper guidance of youth in the right direction to make them job providers instead of becoming job seekers.

He continued that the state government had taken up certain steps to make educational institutions systematic and organised by appointing a regular vice-chancellor of universities. Making institutions and offices work systematically would help in smooth functioning and progress of society, he added.

The chief minister then said that many entrepreneurs had come up with production of wide ranges of items like strawberry, poultry, fish etc, thereby helping the state in import substitution and progressing towards self-reliance in many sectors. Stating that support of public was much necessary in any development work carried out by the government, he stressed the need to maintain unity among all communities by bringing emotional attachment and further appealed everyone to join hands and work together for the development of the state.

Education, law & legislative affairs minister Thounaojam Basanta Singh stated that chief minister N Biren Singh had led the state with much capability, introducing certain innovative schemes for the welfare of the people. He appreciated the chief minister’s initiatives and his unique way of governing the state.

He continued that youth of the state were very talented and added that the only need was to guide them in the right and useful channel. The startup incubation centre would provide basic training and help in materialising their innovative ideas, he added.

In his keynote address, vice-chancellor, DM University N Rajmuhon Singh stated that incubation centres had been set up as an integral part of the startup scheme to impart necessary infrastructure, mentorship, assist in obtaining financial support and to nurture and support innovations of startups. The National Education Policy 2020 had emphasized on skill development, entrepreneurship and to promote technology incubation, he added.