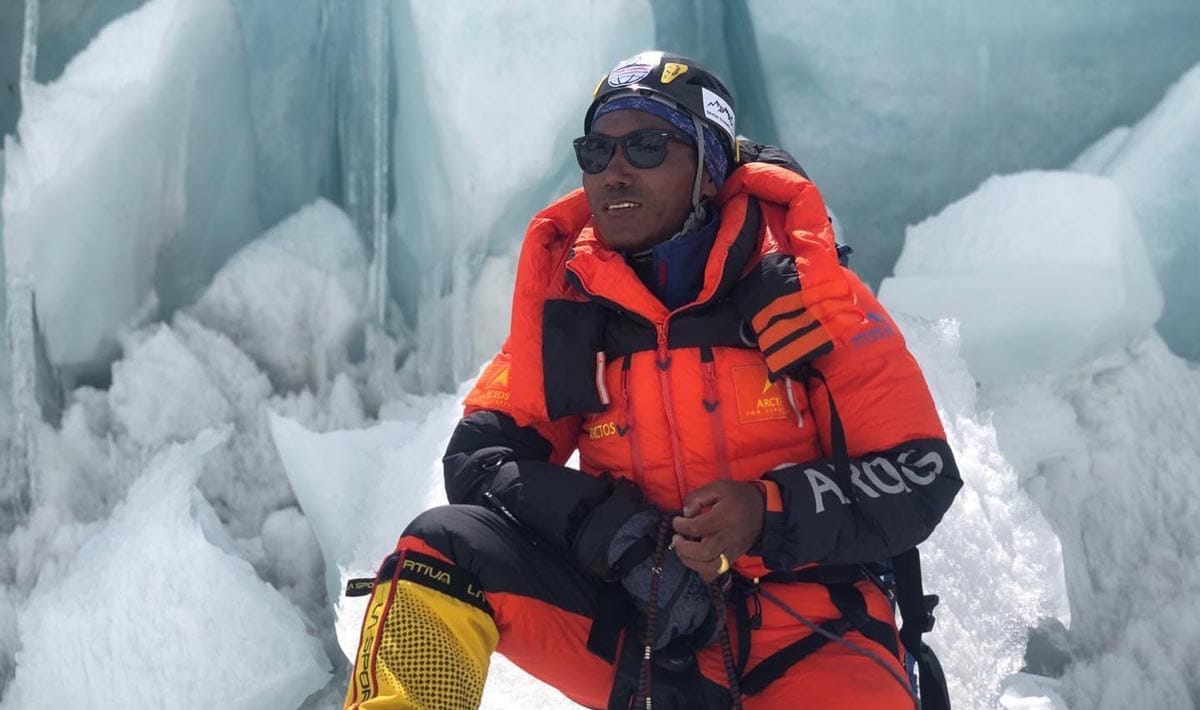 Nepal’s legendary climber Kami Rita Sherpa, 52, claimed Mt Everest, the tallest peak in the world, for the 26th time on May 7 to set a new world record.

Leading an 11-rope fixing team, Kami Rita and his team reached the summit on May 7, breaking his own previous world record.

“After ascending Everest, the rope fixing team led by Kami Rita is successfully descending from the top to the base camp,” Chhang Dawa Sherpa, expedition manager at Seven Summit Treks, the organiser of the expedition, said.

As the Everest climbing season is approaching fast and hundreds of climbers are waiting for fair weather to reach the top, Kami Rita and his team went to the top of Everest to fix the rope so that the Everest expedition becomes easier for the other climbers.

Born in 1970 in Solukhumbu district, he started breaking world records one after another after 2018. He first climbed Everest in May 1994.

His father was among the first professional Sherpa guides after Everest was opened for foreign mountaineers in 1950. His brother, also a guide, scaled Everest 17 times.

After ascending Everest for the 25th time last year, he told the media that he planned to scale the peak one more time before retirement, saying: “Not just for myself, but for my family, the Sherpa people and for my country, Nepal.”

Kami Rita has climbed most of the peaks of mountains above 8,000 metres in the world, including K2, the second-highest peak in the world, and Annapurna. He holds the record for ‘Most climbs over 8,000 metres’, with 38 climbs.

According to Nepal’s department of tourism, as many as 316 people have applied to scale Everest this season. With this, Nepal has collected royalties of $3.25 million from Everest alone.

Want to see Virat Kohli in his prime form in the T20 World Cup: Ranveer Singh