Centre got no proposal on Cachar airport for which tea plants were uprooted: RTI 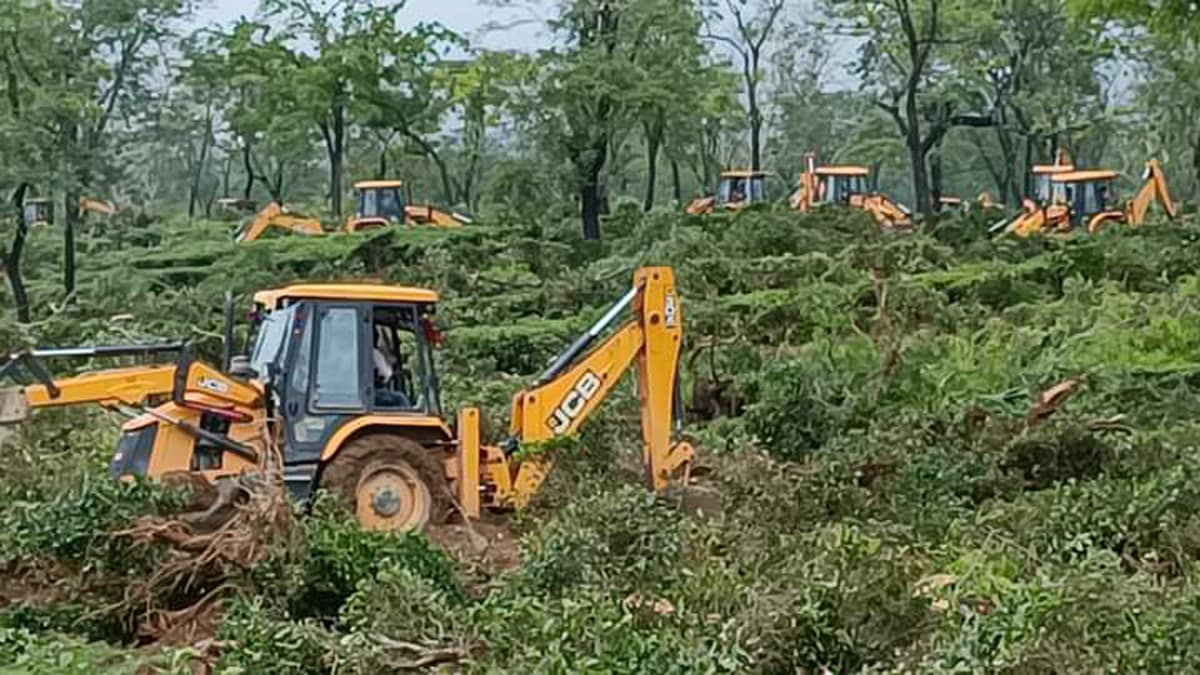 Centre got no proposal on Cachar airport for which tea plants were uprooted | Photo: Video grab

After around 30 lakh tea plants were uprooted as part of land acquisition for a greenfield airport in southern Assam’s Silchar, the civil aviation ministry has now said that it received no proposal for construction of such an airport.

An RTI reply from the Centre revealed that no proposal was sent to the ministry to set up the greenfield airport.

The Assam cabinet on May 29 decided that a payment of Rs 1 lakh as compensation would be provided to each of the 1,263 families of Doloo tea garden (a total of Rs 12.63 crore) as a goodwill gesture for their cooperation in the development work of greenfield airport at Silchar.

Doloo Tea Garden Save Coordination Committee (DTGSCC) on June 3 called a protest rally on June 15 against the “conspiracy to affect the livelihood of hundreds of tea garden workers”.

Chief public information officer (under secretary) of the civil aviation ministry Amit Kumar Jha following a query under the Right to Information Act categorically said that the ministry has not received any proposal for construction of a greenfield airport at Cachar district of Assam.

He said that the government has formulated a Greenfield Airports (GFA) Policy, 2008 which provides guidelines, procedure and conditions for establishment of new greenfield airports in the country.

“As per the policy, an airport developer, including the state government, willing to establish an airport is required to send a proposal to the ministry of civil aviation, in the prescribed format for a two-stage process – site clearance followed by in-principle approval,” the official said in his reply to the RTI queries.

The government has accorded in-principle approval for setting up of 21 greenfield airports across the country, the May 31 reply said.

The contentious greenfield airport in Cachar district’s Doloo tea garden found no mention in the list of 21 Greenfield airports that have received “in-principle” approval from the ministry, news agency IANS reported.

Cachar district administrations deployed hundreds of security forces and over 100 earthmovers on May 12 to uproot 30 lakh tea plants and acquire 2,600 bighas (1,550 acres) of land for the greenfield airport on 5,733 acres. Before the district administration’s response, 144 CrPc was enforced to prevent demonstrations.

They said the tea garden employees were being targeted to build a real estate business.