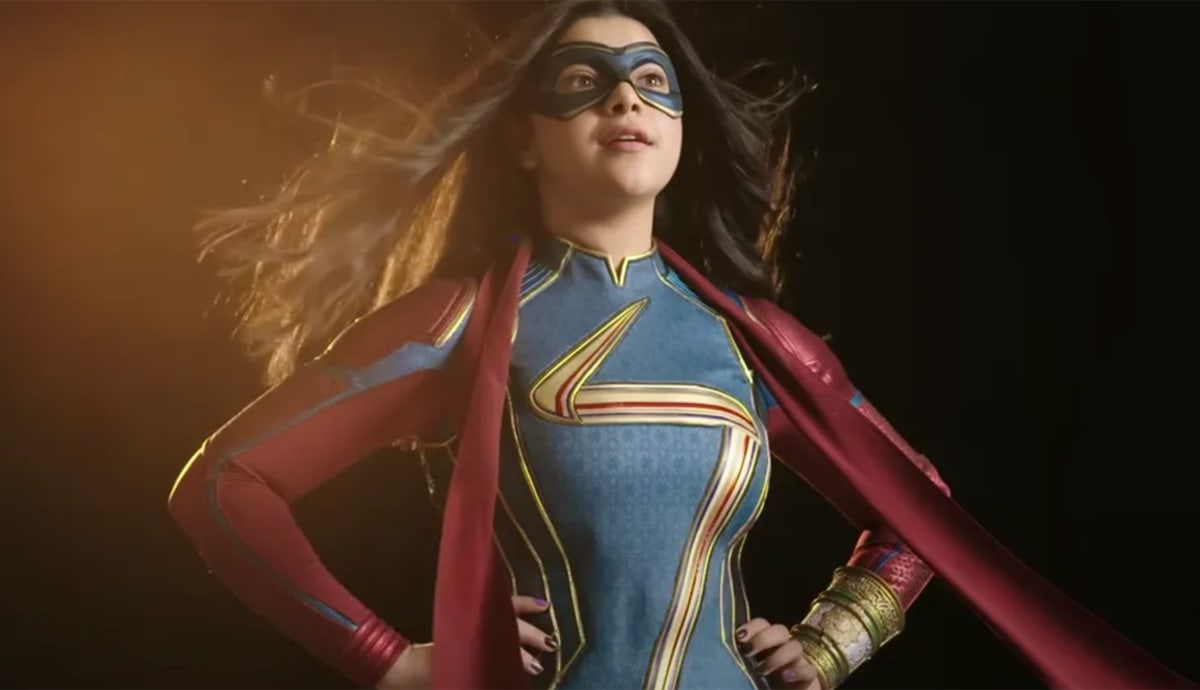 Is DDLJ the best Shah Rukh Khan movie ever? The Bollywood question has now spilled over to the Marvel Cinematic Universe!

Marvel’s latest series – ‘Ms Marvel’, streaming on Disney+Hotstar – features several such references to Bollywood, probably denoting the similarities between India and Pakistan, the neighbour from where the lead character primarily belongs.

Ms Marvel is the story of Kamala Khan, played by Pakistani-Canadian actor Imal Vellani. A Muslim Pakistani American living in Jersey City, Kamala Khan is a dorky 16-year-old Avengers fangirl who discovers her cosmic powers after wearing a bracelet that belonged to her grandmother.

For an Indian audience, Ms Marvel aka Kamala Khan is more desi than anything, with the series full of anecdotes on the Indian-Pakistani style of living.

In the first two episodes of the web series released till now, Bollywood tunes along with Hindi-Urdu dialogues are in abundance – a first for any Marvel series/film.

In one of the scenes, lead character Kamala Khan asks one of her new schoolmates if he watches Bollywood movies to which he replies: “Only the greats like Baazigar”. Later, Kamala Khan says: “There is no such thing as a bad Shah Rukh Khan movie.”

Farhan Akhtar is also a part of the ‘Ms Marvel‘ cast.

The use of popular music in a Marvel film has always been important and Ms Marvel is no exception. The Ms Marvel soundtrack is loaded with desi tunes. AR Rahman’s Oh Nanba from the film ‘Lingaa’, Ritviz’s Sage, Jalebi Baby by Tesher, Goddess by Krewella, NERVO, and Raja Kumari; Peechay Hutt by Hassan Raheem, Justin Bibis, and Talal Qureshi; Aye Khuda by Aslam Afzal, Farhad B, Vimal K, and Atif Afzal; Husan by Husan & Bhangra Knights, among others feature as background music.

The series opens with The Weeknd by Blinding Lights. The soundtrack also includes Feel So Good by Mase, Come Around by Timbaland and M.I.A., Attitude by PayAttention, Keep on Movin by B Stew, Be My Baby by The Ronettes and Anthem by Swet Shop Boys.

In the MCU, ‘Ms Marvel’ timeline is roughly a year or two after the events of ‘Avengers: Endgame’. Newcomer Vellani is expected to make her MCU big-screen debut in ‘The Marvels’, a film slated for a 2023 release that follows superheroes Captain Marvel, Ms. Marvel, and Monica Rambeau, who was introduced in ‘WandaVision’.