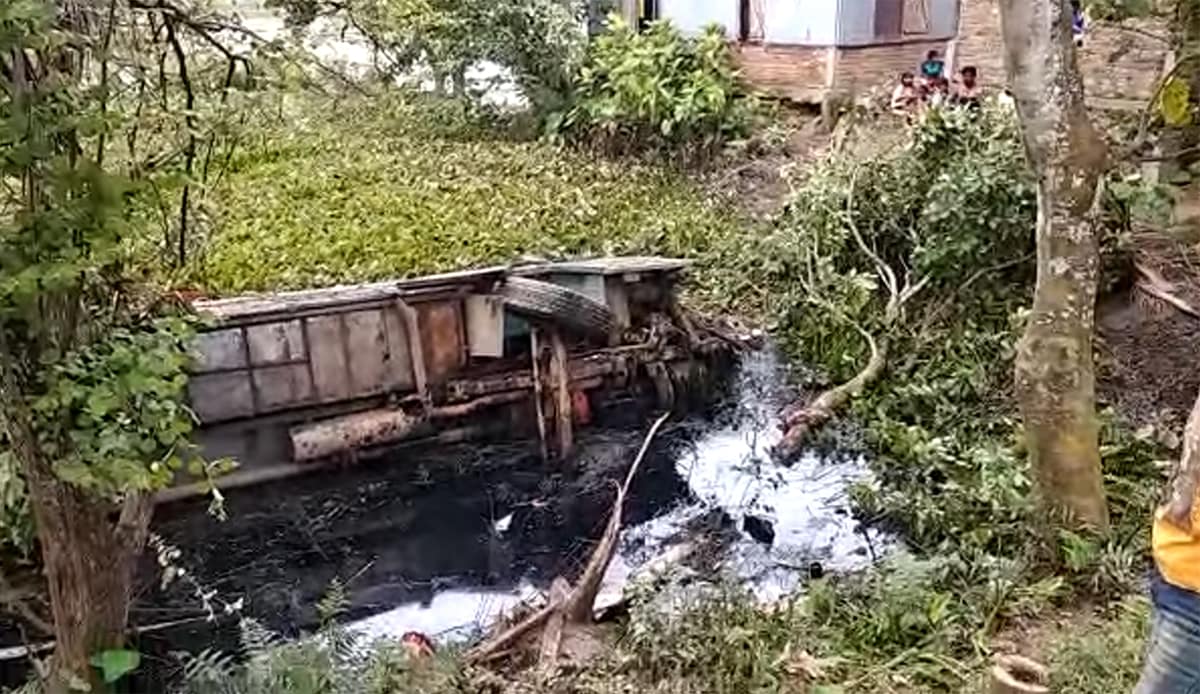 Seven people were injured when an inter-state bus skidded off the road and fell into a ditch in Meghalaya’s West Garo Hills district, police said.

The accident occurred at Gomaijira village when the bus was on its way to Assam’s Mankachar via Tikrikilla in Meghalaya from Guwahati around 2.30 am on July 8.

A police officer said that the passengers were rushed to a local hospital where they were given first aid before being discharged.

The driver of the bus bearing Assam registration number fled from the spot following the accident.