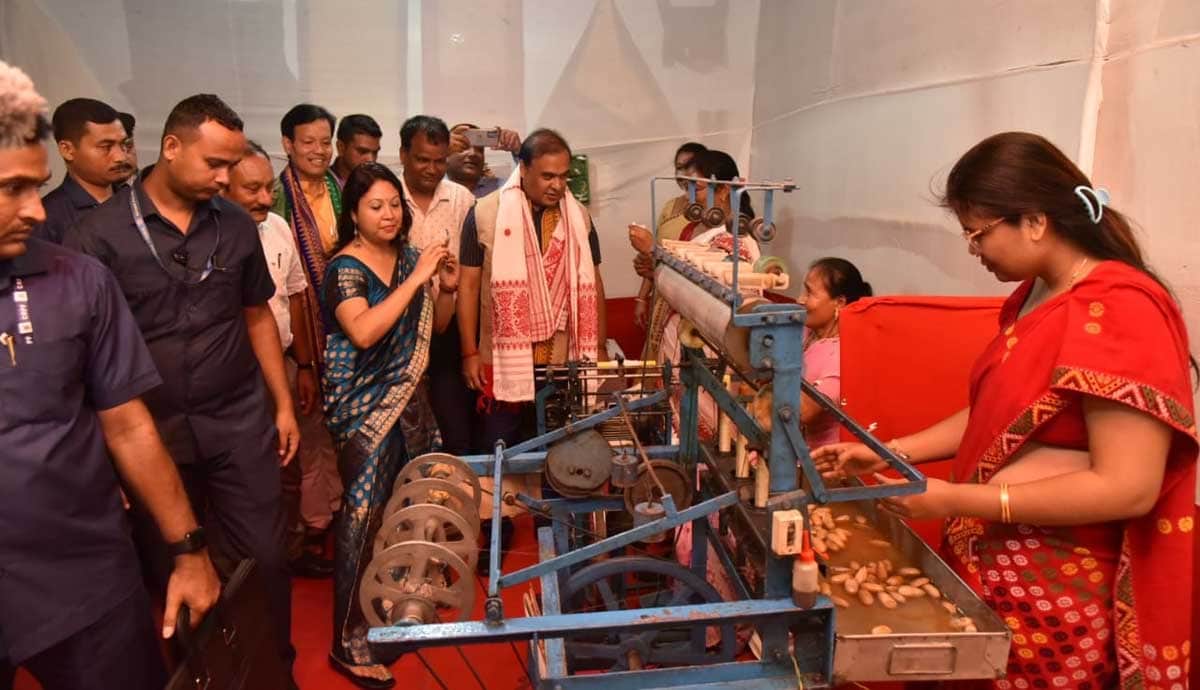 Chief minister Himanta Biswa Sarma launched ‘Swanirbhar Naari’, an initiative of the handloom and textiles department, to empower the indigenous weavers of the state and to provide financial support to the weavers’ families in a programme held at Srimanta Sankardeva Kalakshetra in Guwahati on July 19.

Under the scheme, the government has decided to procure handloom items directly from the indigenous weavers without involving any middle source through a specially developed Swanirbhar Naari web portal. The scheme will be implemented with the help of ARTFED and AGMC under the administrative control of the director, handloom textiles, Assam.

Altogether 31 hand-woven items are covered in the scheme belonging to various communities residing in the state.

Happy to launch Swanirbhar Naari, a scheme to empower our indigenous weavers. Govt will procure handloom items directly from them through an online portal.

I am sure this scheme will help preserve our heritage of handlooms & textiles by ensuring assured income to our weavers. pic.twitter.com/vOBn2prSkI

After procurement, products will be sold through formal channels of ARTFED’s outlet Jagaran and AGMC’s outlet Pragjyotika in Assam and in other states of the country. The online registration is designed in a way to reach those areas also, where departmental yarn banks are not available. It is expected that the portal will bridge the gap between the weavers and the buyers.

Speaking on the occasion, chief minister Sarma said that the handloom and textile sector of Assam has a rich history and it has been playing an important role in the state economy. He said that Assam’s handloom and textiles sector reflects the state’s civilization and cultural heritage and the textiles of different ethnic groups have enriched this, he observed.

Stating that Prime Minister Narendra Modi has given a distinguished identity to Assamese gamosa across the country, the chief minister said that this has immensely popularized gamosa in India today. Taking advantage of such a favourable environment, he urged the handloom and textiles department to generate more awareness about Assamese gamosa in the country, which is a unique handloom product of the state. He also called upon the organizations and people of the state to procure gamosa that is produced in handlooms only.