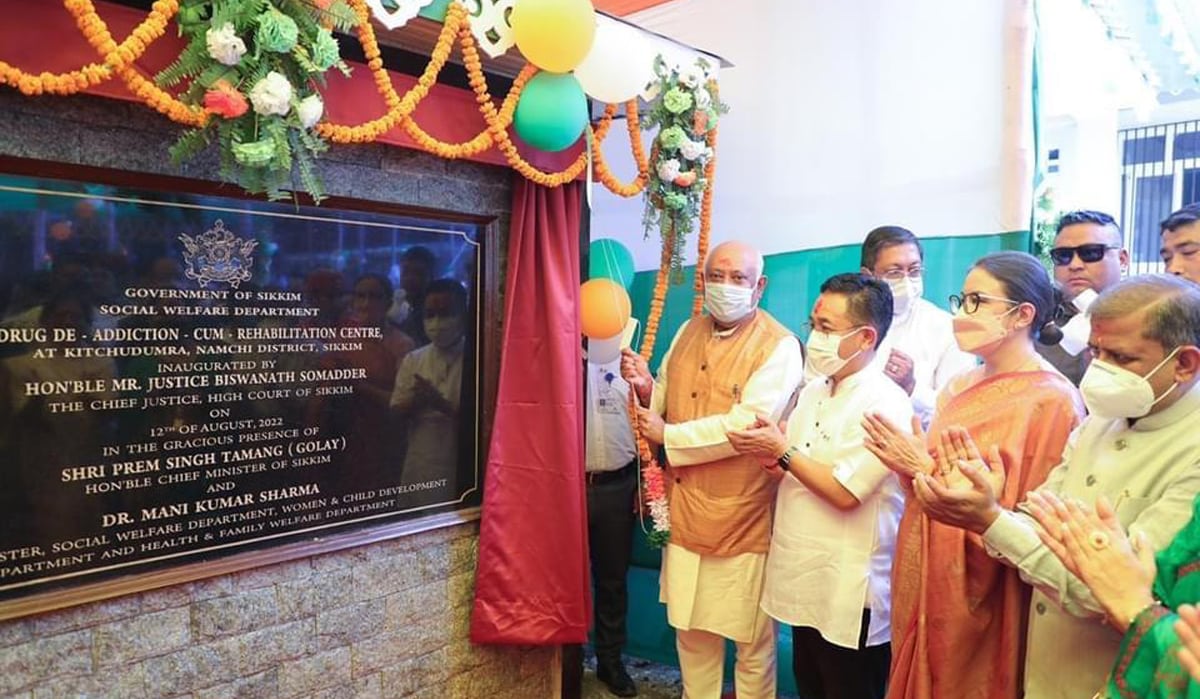 Addressing the gathering chief minister PS Tamang said the rehabilitation centre will be extremely beneficial for the people of Sikkim especially to those who are struggling with drug abuse and in need of assistance. He highlighted in brief how in today’s world it is important to respond substantially to various kinds of substance abuse via providing quality treatment.

In this regards the state government has established this institute which can dispense proper cure which is accessible wherein the rehabilitation services are appropriate to the patients’ needs and is sufficiently standardized.

The chief minister added that setting up of the centre at Poklok- Kamrang constituency, Namchi is a boon as it will aid in bringing about positive changes in the lives of the people being treated at the centre.

He also highlighted about the various kinds of skill development training which will be provided in this centre and informed about the various entrepreneurship initiatives of the state government in the field of Skilled Youth Start-up Scheme. The patients in this centre can also be introduced to this scheme and become self employed by setting up of manufacturing/service/business/co-operative/agriculture and other allied enterprises.

Chief minister Tamang said that they can choose from the varied areas such as in dairy, poultry and piggery and others once they are discharged from the centre so that they can earn their own livelihood and become self-reliant. He informed that this centre to be run by highly qualified professionals and aim to be one of a kind centre which is friendly with effective strategy to rehabilitate the patients.

The chief minister also announced double lane road amounting to Rs 60 crore connecting Namchi to Kitchudumra has been recently sanctioned which will make commute easier and convenient for the locals.

Tamang also spoke about the upcoming Independence Day which this year is being celebrated at Bhaichung Stadium and informed that a number of the state government schemes will be launched during the occassion. Moreover, he emphasized that the state is observing Azadi ka Amrit Mahotsav and Har Ghar Tiranga campaign and will continue to honour the nation through various activities.