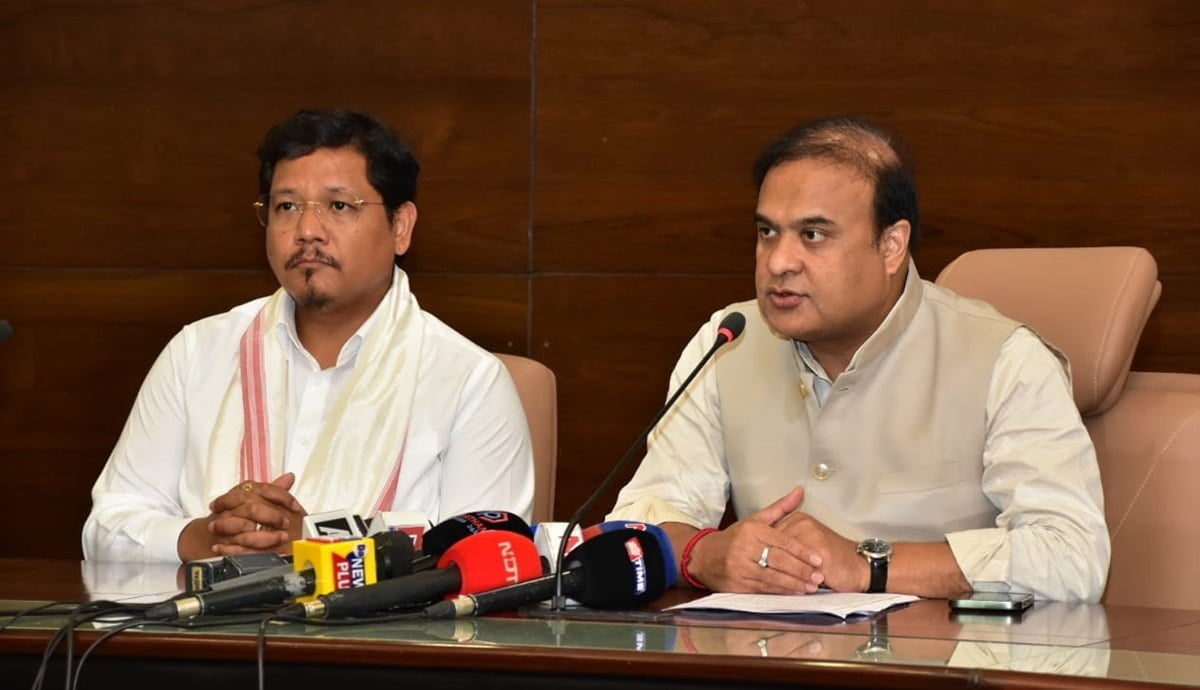 Chief secretaries of both the states and senior officers also attended the second phase of discussion held in Guwahati.

CM Conrad Sangma said that in the next 15 days regional committees will formed to take forward the discussion on the remaining six areas of differences between Assam and Meghalaya.

He also expressed satisfaction on the signing of MoU on the six areas of difference, which were taken up in the first phase of the talks between both the states.

After the meeting, Assam chief minister Himanta Biswa Sarma tweeted: “Glad to share that Assam & Meghalaya will form 3 regional committees headed by cabinet minister from both states to resolve boundary disputes in 6 remaining areas of differences. This was decided during my 9th meeting with my Meghalaya counterpart Shri Conrad Sangma Ji.”

The MoU on the first six areas of difference was signed on 29th March, 2022 in New Delhi by both the chief ministers in presence of home minister Amit Shah.

At present, the Survey of India in collaboration with both the states are working to demarcate the borders.

Sangma said both the governments are working together to ensure that the survey work completes at the earliest.

“Once the regional committees are formed site visits, public consultation and consultation with stakeholders will be initiated,” Sangma said, adding that he along with Sarma will be visiting certain areas to build confidence amongst the public in the areas of differences as a goodwill gesture.

He further said that both the governments are very serious to find a permanent and an amicable solution on the area of differences between Assam and Meghalaya.