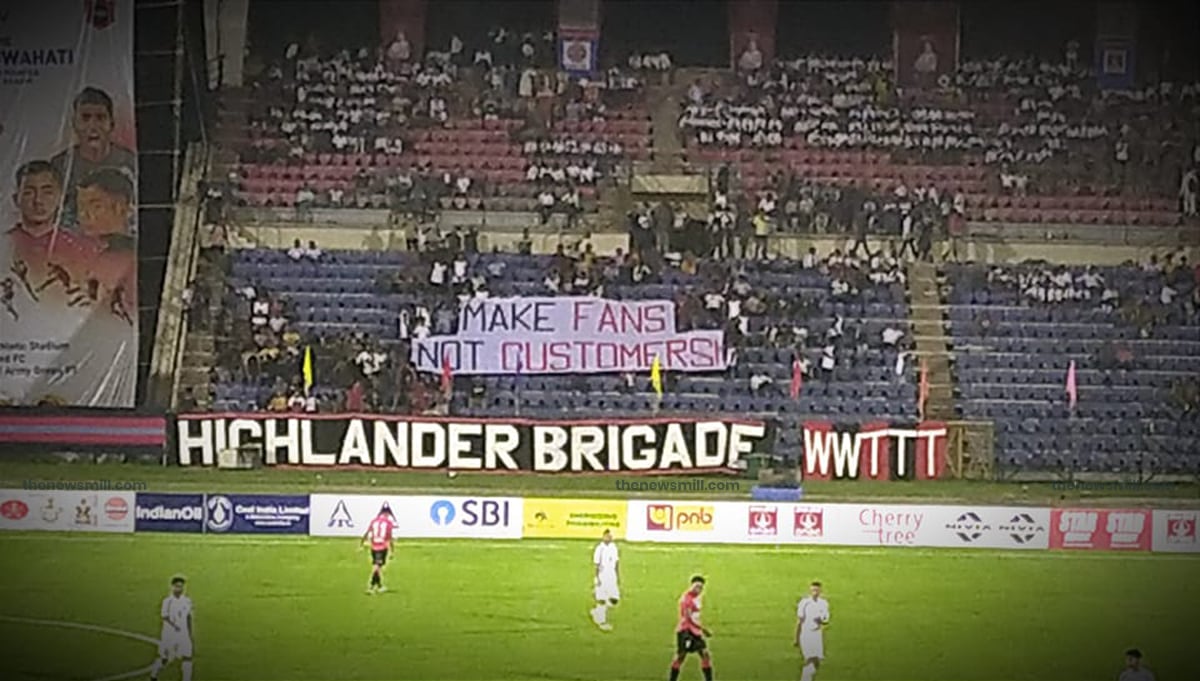 To add to the shame, fans of the club – officially called the Highlander Brigade – raised a big banner that screamed: “Make Fans, Not Customers!”

It’s a shame that the NorthEast United FC management could not even bother to field their reserves – forget the main team – in front of a decent crowd at the Indira Gandhi Athletic Stadium at Sarusajai in Guwahati on August 17. The Durand Cup match between the Highlanders and Odisha FC was a ‘dead rubber’ as the visiting team thrashed the local players by 6 goals.

In what turned out to be a clinical and professional performance in the end, Josep Gombau’s confident Odhisa FC rode on a first half-brace, which included three team strikes in 23 minutes, by Jerry Mawihmingthanga, to run out comfortable 6-0 win against NorthEast United FC, in Assam’s first ever Durand Cup game at Guwahati’s Indira Gandhi Athletic stadium.

The first game of Group D meandered a little in the second half but with Isak’s late strike lightening it up, Odhisa FC put in another three-goal blitz in nine minutes to complete half a dozen.

The damage had been done in the first-half for Subam Rabha’s rebuilding side by the trio of Jerry, Nandhakumar Sekar and Spanish midfielder Pedro Martin primarily. The end just put an authoritative stamp on a story which had been written much before.

Had it not been for the good game that Nikhil Deka had under the bar for the Highlanders, the damage could have been far greater.

The crowd which started gathering a few hours before the match, started leaving even before the half-time. While the atmosphere was all set for the return of football to Sarusajai after the long COVID break, with Assam chief minister Himanta Biswa Sarma leading the ceremonial opening of the Durand Cup match, the lacklustre attitude of the NorthEast United FC management meant that the opportunity was lost yet again.

To add to the shame, fans of the club – officially called the Highlander Brigade – raised a big banner that screamed: “Make Fans, Not Customers!”

The ceremony also included an armed forces band display, Bihu dance as well as a performance of the tournament theme song by singers Papon and Rewben Mashangwa.

Man nabbed with Rs 5.25 crore worth brown sugar in Manipur