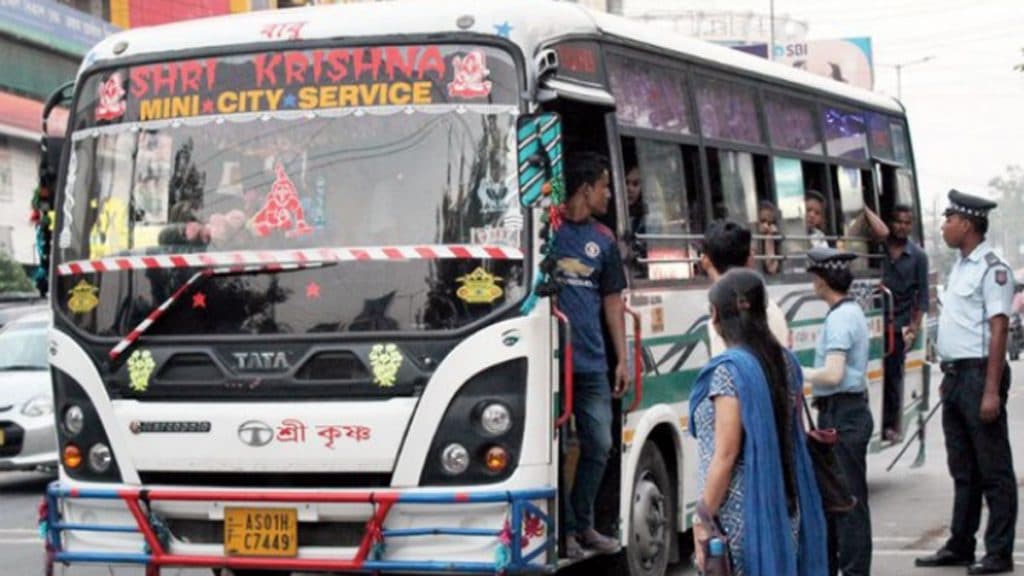 The authorities suspended more than 150 driving licenses of city buses in Guwahati for the violation of norms in July. This is the outcome of the Regional Transport Authority (RTA) and the District Transport Office of Kamrup Metro’s proactive measures to regulate the unruly city buses.

The officials said that action has been taken against the drivers for rampant driving which may put the passengers’ life in danger and violation of the Motor Vehicle Act.

The enforcement branch of the DTO Kamrup Metro has already been conducting drives against the city buses since last month. From July 1 to July 30, altogether 450 cases have been filed with the department against city buses.

Investigating the cases, the DTO has seized 94 city buses,  suspended the permits of 24 vehicles (that would remain suspended for a minimum of 15 days to 2 months depending on the charges) and has also suspended 150 driving licenses of bus drivers.

Over Rs 20 lakh has been collected as penalty

Himanshu Das, DTO (enforcement) said: “The issues with city buses have been going on for years. But we are determined to resolve it for once and for all now. After receiving numerous complaints our enforcement officers are now conducting daily drives.”

“Both male and female officials board random city buses without uniforms as passengers and follow the behaviour of the drivers, conductors and handymen. Anybody found charging excessive fares, stopping at random places causing traffic or misbehaving with passengers is charged immediately. The officers in disguise inform our team nearby and the bus is caught,” he added.

In a bid to resolve longstanding issues of the city bus owners and associations and to regulate the city bus services, the transport department has called for a meeting with the bus owners and associations on August 3, at the Srimanta Sankaradeva Kalakshetra in Guwahati. Senior officials of all concerned departments of Kamrup Metro districts including GMC, Guwahati Metropolitan Development Authority (GMDA), police, excise and others alongside invited public representatives are also to be present to discuss all standing issues related to city buses in an open forum.

RTA secretary Rafiqul Islam informed The News Mill that the meeting is being organised envisaging a concrete resolution of the issues faced by the public as well as that of the bus owners and workers.

“We have ordered all associations and owners to be present and strict action will be taken against those who fail to attend the meeting.”

The RTA has already ordered city bus owners to procure e-ticketing devices for their vehicles. The process of serving e-tickets to passengers will start soon for all city buses plying in Guwahati city.

Rafiqul Islam further said that the Kamrup Metro deputy commissioner Pallav Gopal Jha who is also the chairperson of RTA has also already passed orders for distinct demarcation of the city bus stops.

Each stoppage will have a board bearing the name of the stoppage and the bus routes. “We will fix these soon and city buses can only stop for a specific time limit on the stoppage. A bus had to be halted close to the stoppage towards the left without occupying the road. Any bus found taking or dropping passengers in between stoppages will be charged accordingly.”

He also said that the introduction of uniforms and especially the e-ticketing system will help in keeping track of the number of passengers, the route and stoppages.

Owners have welcomed the move to introduce the e-ticketing system and said that it will be beneficial in keeping track of the actual number of passengers boarding in a day and the actual amount earned by a bus.