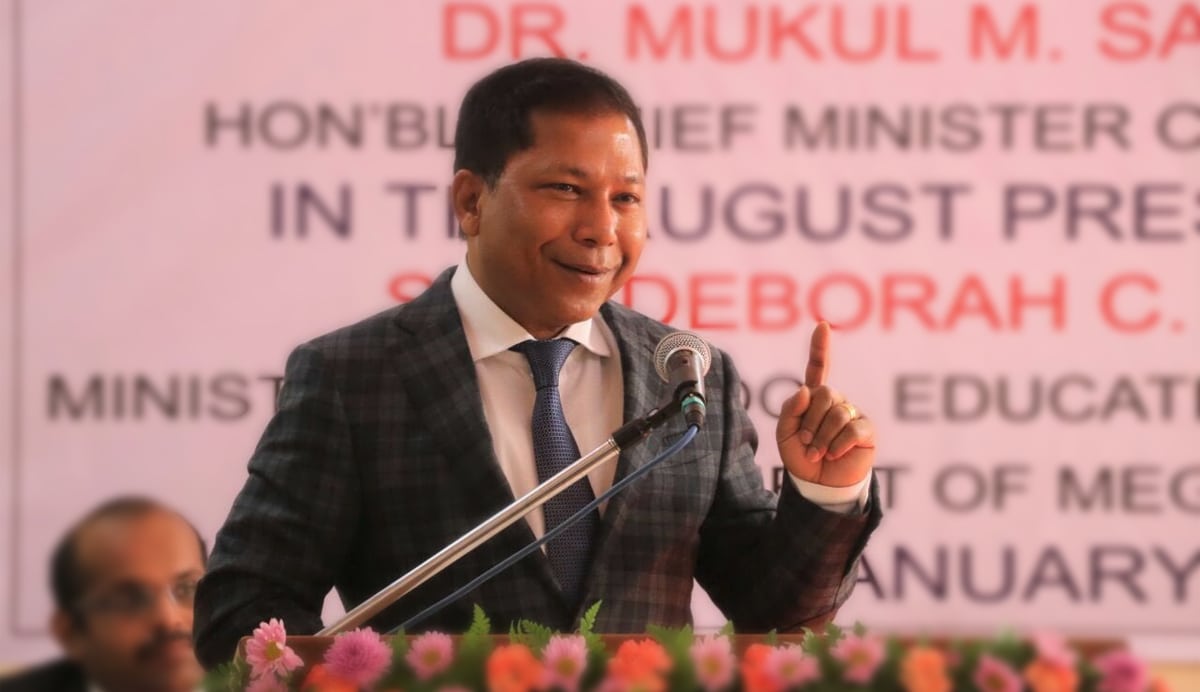 In the letter, Sangma pointed out the alleged irregularities in the open market price of the smart meter and the price it was awarded to a private company Satnam Global Infraprojects Ltd.

“Government of Meghalaya through tender [ANNEXURE 1] number MePDCL/RE/T191/2019-20/Pkg-I invited the bid for supply of 1,80,000 smart meters. Based on the bid received, the letter of award was then issued vide order No. MePDCL/CE(P)/T-191(Pt1)/EKH/2020-21/05 dated 16th February, 2021 [ANNEXURE 2] to 2 bidders namely (a) Satnam Global Infraprojects Ltd and (b) JPM Industries and Inhemeter Co. Ltd as joint venture partner. As per the contract, the break-up includes ex works price components of Rs 171,48,42,495 (which comes to about Rs 9,527 per meter) and GST component of Rs 30,86,71,649 (about Rs 1,715 per meter). With this, the total cost incurred by the Government of Meghalaya for one smart meter unit is Rs 11,242. Satnam Global Infraprojects Ltd. installed Liberty 150 [ANNEXURE 3] smart meter manufactured by Secure Meters Ltd headquartered in Gurgaon, Haryana,” Mukul Sangma, who is also the leader of opposition, wrote to prime minister Narendra Modi.

Noting that there is a massive price discrepancy of Rs 137.55 crore between the price paid by Meghalaya government for these smart meters and their price on the open market, Sangma said Inhemeter Co. Ltd. being a Chinese company takes the financial viability away from local companies.

Our leader Dr @mukulsangma has written to PM @narendramodi to take immediate cognizance of the grave anomalies leading to financial irregularities in the Smart Meter Project.

In public interest, we demand an Independent Enquiry! pic.twitter.com/6Pw8gnqB0I

“Awarding the contract to a Chinese company does not align with the core idea of Make in India,” Sangma maintained.

“It also creates a security threat as these smart meters have SIM cards installed in them and are connected to the wider mobile internet network which could allow malicious hackers and India’s adversaries to gain control of the entire power system in the state,” the former chief minister said.

Stating that the prime minister has always held that there is zero tolerance for corruption in New India, Mukul Sangma wrote to PM: “Your commitment to ensuring a corruption-free India gives me great expectations and hope that the Government of India will order an immediate inquiry into this matter through an appropriate central investigation agency.”

“This is an issue that has major repercussions on the people of Meghalaya and the state’s exchequer, and therefore, your kind and urgent intervention is greatly desired in order for justice to be done,” the former chief minister appealed to the prime minister.