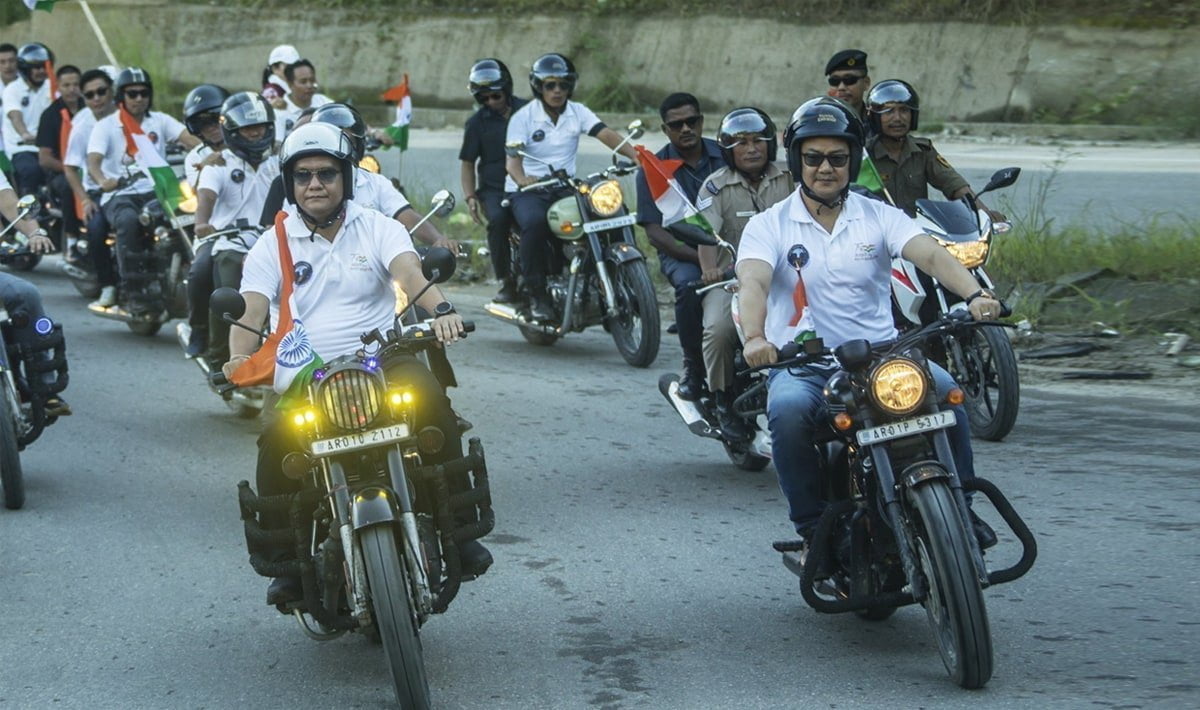 Arunachal Pradesh chief minister Pema Khandu called upon the youth of the state to visualize where they want to see Arunachal Pradesh when India celebrates 100 years of its Independence 25 years from now.

“Need to aim for Amrit Kal, when India will be celebrating 100 years of Independence, and start working right now to achieve it,” he said to hundreds of youth, who had joined the Har Ghar Tiranga bike rally from Naharlagun to Dera Natung Govt College ground in Itanagar on August 14.

Appreciating young members of various rider clubs, who joined the rally organized by Itanagar Municipal Corporation in coordination with the capital administration, chief minister Pema Khandu said it exemplified the patriotism already imbibed in the people of Arunachal Pradesh.

“We Arunachalees are known for our die-hard patriotism. You all have just proved it,” he said while mentioning that he has seen more than 3-4 tricolours flying atop one single house in the capital.

Khandu informed that similar rallies are being organized across the state. “And it’s all over social media..You can see our youths have turned out in huge numbers,” he said.

Khandu expressed gratitude to prime minister Narendra Modi for coming up with the initiative to commemorate India’s 75 years of Independence.

“This is the right time to remember, realize and recognize the sacrifices made by hundreds of our freedom fighters. Because of their sacrifices, we are today a free country,” he observed.

Later, sharing a 1.53-minute video of the bike rally on Twitter, Khandu wrote: “It is simply amazing. Fills us with a rare sense of solidarity, patriotism! Our youth are the harbinger of hope, progress! I’m reminded of famous quote of Swami Vivekananda: ‘Arise awake and stop not until the goal is reached.’ Come on and build a new India. HarGharTiranga”.