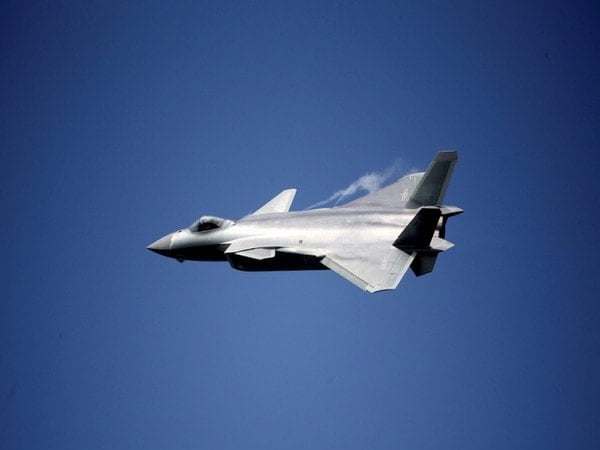 Taipei [Taiwan], September 25 (ANI): China’s 16 military aircraft and four ships crossed the median line of the Taiwan Strait on Saturday, as per the Taiwanese Ministry of National Defense.
The Ministry of National Defense said it had tracked 16 aircraft and four ships from China’s military around the country by 5 pm on Saturday, reported Taiwan News.
“One unmanned drone and two planes entered the southwest sector of Taiwan’s air defense identification zone (ADIZ),” the ministry tweeted.
The drone was a Harbin BZK-005, while the two planes were a Shaanxi Y-8 anti-submarine aircraft and a Shaanxi Y-8 reconnaissance plane, it said.
Taiwan issued radio warnings, tasked aircraft and naval vessels, and deployed land-based air defense missile systems to monitor and respond to Chinese activities, said the Taiwanese military, reported Taiwan News.
China’s recent incursions come as the US showed interest in helping Taiwan and approved USD 1.1 billion arms package to the self-governed nation.
The deal covered Harpoon anti-ship missiles, Sidewinder short-range air-to-air missiles, and radar equipment.

China’s embassy in Washington threatened counter-measures if the US did not revoke the latest weapons agreement, while Taiwan’s Presidential Office and Ministry of National Defence expressed gratitude for the Biden administration’s support for the country’s defence needs, reported Taiwan News.
In the recent past, China has increased its use of gray zone tactics by routinely sending aircraft into Taiwan’s ADIZ, with most occurrences taking place in the southwest corner.
In 2021, Chinese military planes entered Taiwan’s ADIZ on 961 instances over 239 days.
Gray zone tactics are defined as “an effort or series of efforts beyond steady-state deterrence and assurance that attempts to achieve one’s security objectives without resort to direct and sizable use of force.”
Taiwan has faced the threat of invasion ever since the end of the Chinese Civil War in 1949, when Chiang Kai-shek’s defeated Nationalists fled there to set up a new government, having been chased out of the mainland by Mao Zedong’s Communist Party.
More than 70 years later, the Communist Party continues to view Taiwan as something akin to a breakaway province that must be “reunified” with the mainland at all costs — and it has made clear it is prepared to use force, if necessary, to fulfill that objective.
If China were to invade, the Kinmen islands — most of which have been controlled by Taiwan since the end of the war — would make a tempting first target. Lying just a few miles from the mainland Chinese city of Xiamen — and hundreds of miles from Taiwan’s capital Taipei — they are acutely vulnerable, reported CNN.
For Taiwan, the problem is that the nature of that invading force is changing. The Kinmen islands’ proximity to the mainland puts them well within the range of commercially available drones, which are cheap and plentiful in China, home to the world’s second-largest market for the machines and no shortage of potential operators among its population of 1.4 billion. (ANI)

Around 4,000 cases of infectious diseases reported in Pakistan in 24 hours