Acceptance from audiences is only thing we work for: Ayan Mukherji after ‘Brahmastra’ success 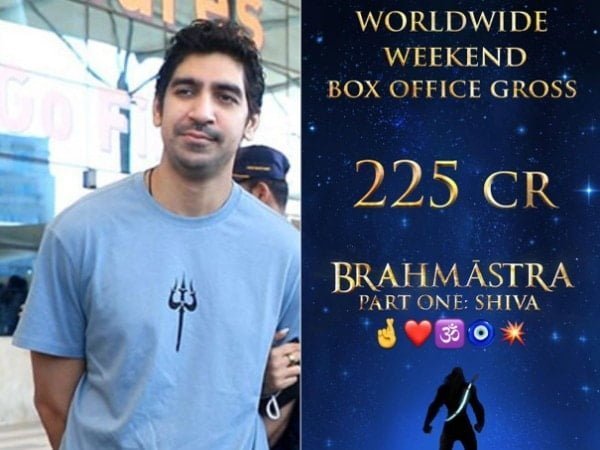 ANI Photo | Acceptance from audiences is only thing we work for: Ayan Mukherji after ‘Brahmastra’ success

As ‘Brahmastra’ continues a successful run at the box office, director Ayan Mukherji has penned a heartfelt note for the audience.

Ayan shared a video that began with a poster claiming the movie’s gross worldwide collection so far has been Rs 225 crore, followed by snippets of the magnum opus.

Ayan expressed gratitude for the audience and wrote: “Brahmastra has gotten off to a great start with audiences over its first weekend! The feeling is only of Gratitude and more Gratitude – for our Audiences!”

He added: “The Acceptance from Audiences – is the only reward we work for at the movies. The Future of the Brahmastra Trilogy, and the Astraverse, eventually lies in the hands of our Audience, and this weekend we have received back from them… Light – for the years of work that went into this Venture!”

“I feel proud that we managed to create great energy at the cinemas over the last 3 days, with people coming out and sitting together jointly – to watch a very new kind of movie for our Cinema, one which takes Technology to the next level, and does it while retaining the soul of Indian culture and spirituality,” continued Ayan.

He concluded by giving some statistics, “We were also the #1 Movie at the Global Box-Office this weekend… another source of pride, excitement, and progress, for us! Putting out good energy for the next few weeks of Brahmastra’s Journey at the Cinemas… and also for the Love of Movies doing well in general, the most popular art form of our times, one that entertains and should unite us!”

ALSO READ:  Jaishankar catches up with German counterpart on sidelines of UNGA

Well, these numbers are just for the Hindi version of the film in India, accumulated with the business the film did in other 4 languages and overseas, Karan Johar announced that ‘Brahmastra’ has so far collected around Rs 225 crore.

According to reports, the film was made on a budget of Rs 450 crore. (ANI)